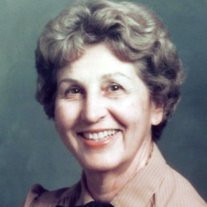 Born in Los Angeles, California, July 30, 1919, to Joseph Fares and Carmen Brassell Fares. Alice married Gordon Sorensen (Clayton) Cutler on May 4, 1941. The marriage was later solemnized on June 24, 1947 in the Salt Lake Temple of the LDS church. Alice attended Loretta Street Grammar School in Glassell Park, California. While in high school she was a member of the Girl's Council, the Good Form Club, Dance Club, A Cappella Choir and chosen one of the ten most beautiful girls of the senior class. Alice is a convert to The Church of Jesus Christ of Latter-day Saints where she held many leadership positions including Primary Counselor, Relief Society Counselor, and Primary President (twice). She also served two stake missions for her church and as Assistant Stake Historian for the Pasadena, CA Stake. Recognized for her writing skills, she was frequently asked to write scripts for ward productions, including one for the Bicentennial of the United States. Alice moved to Provo, Utah upon the death of her husband and enjoyed crocheting afghans for the homeless shelter and attending the temple. Visitors to her home were invariably entertained by her attempts to play "Spanish Eyes" on the organ or join her in impromptu singing sessions that included her favorite hymn "How Great Thou Art." Grandchildren have fond memories of her bottomless candy jar accompanied by a seemingly endless supply of animal crackers. Most of her favorite actives included visits with family and being able to enjoy the beautiful outdoors, especially Newport Beach, California. She is survived by one sister- Martha Fares Jensen, five children: Shirley Bailey (William), Alan Cutler (Delightra), Lawrence Cutler (Cindy), Susan Leininger (Doug), and James Cutler (Alison), along with 26 grandchildren and 54 great-(and step-great) grandchildren. She was preceded in death by her husband, Gordon, who passed away in 1982, and by siblings David, Bertha, Alvera, Mary, Josephine, Virginia, Martha and Margaret. For the last 4 years she has resided at the Summerfield Retirement facility in Orem, Utah. The family wishes to thank all the caring and loving staff that showed such kindness to Mom as her strength left her. Memorial services will be held Friday, August 23, at Berg Mortuary in Provo, Utah. Condolences may be sent at www.bergmortuary.com.

The family of Alice E. Cutler created this Life Tributes page to make it easy to share your memories.

Send flowers to the Cutler family.