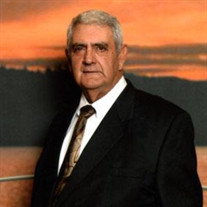 Allan Virgil Stubbs 69 passed away suddenly at home from a massive heart attack on June 12, 2021. He was born on January 4, 1952 to Virgil Owen & Nola Loveridge Stubbs in Provo, Utah. He was the oldest of 7 children. He attended School in Provo, graduating from Provo High and then joining the Marine Corp in July 1969. He married Mary Ann L Ferran, on February 19, 1970. They were later sealed in the Provo, Utah, Temple of The Church of Jesus Christ of Latter-day Saints. He was a masonry contractor for several years and took much pride in his work. He later changed professions in 1980 and started a dairy farm with his sons and daughters. He enjoyed farming and loved working with his cows. He was an amazing farmer, every year he had the best crop of red potatoes that he would share with his family and friends. Our family spent many hours picking up potatoes and had lots of lunches in the potato field. There were only two ways to do things on Allan's farm, the wrong way and Allan's way. After his retirement from his dairy farm, He and Mary enjoyed traveling the world. But they always found their way back to their quiet farm. He had a strong testimony of the gospel and loved the Lord, and served for 5 years as an Ordinance Worker in the Provo Temple. He had a strong testimony of temple work and the restoration of the Priesthood. He had many friends and enjoyed long phone conversations. He always had a joke or funny story to tell. He loved to help people and did a lot of things behind the scenes. He touched the lives of so many. He had nicknames for many friends and family members. Allan was a hard worker and when asked what he enjoyed doing he said, “Working!” He loved to work with his family, and developed many close relationships as they worked together. He loved Mary, his best friend and wife of 51 and a half years. One of the greatest joys they shared was to be surrounded by their Children and Grandchildren. Together they had 6 Children Jamie (Randy) Critchfield, of Elberta, Kirk (Kristyne) Stubbs, of Benjamin, Janelle (Navneet) Kaul, of Provo, David (Carol) Stubbs, of Payson, Jillian (Nathan) Galloway, of Benjamin, Jonathon (Jenn) Stubbs, of Springville. Allan and Mary had 10 grandsons, 9 granddaughters, and 9 great grandchildren. He is preceded in death by his Parents Virgil and Nola Stubbs, and a granddaughter Marissa Critchfield. He is survived by 3 Sisters and 2 Brothers. Funeral services will be held at 11:00 a.m., Wednesday June 16, 2021 at The Church of Jesus Christ of Latter-day Saints West Mountain 4th Ward Chapel, 5237 West 10400 South, Payson Utah. Friends may call at the Berg Mortuary of Provo, 185 East Center Street, Provo, Utah, on Tuesday, June 15 from 6-8:00 p.m. and at the church Wednesday, June 16 from 9:30-10:30 a.m. prior to services. Interment will be in the Santaquin City Cemetery. Condolences may be expressed to the family at www.bergmortuary.com. Now upon Allan's passing, as we await a joyous reunion, we can clearly hear one of his many endearing phases, “Hustle your butt up!”

Allan Virgil Stubbs 69 passed away suddenly at home from a massive heart attack on June 12, 2021. He was born on January 4, 1952 to Virgil Owen & Nola Loveridge Stubbs in Provo, Utah. He was the oldest of 7 children. He attended School in Provo,... View Obituary & Service Information

The family of Allan Virgil Stubbs created this Life Tributes page to make it easy to share your memories.

Allan Virgil Stubbs 69 passed away suddenly at home from a massive...

Send flowers to the Stubbs family.