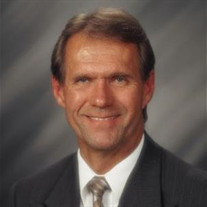 Alvin Bartley Simons, age 59, of Provo, passed away unexpectedly from a heart attack on April 22, 2016. Bart was born in Provo, Utah, to Jay Ervin Simons and Alice Fay Cox on March 17, 1957. Bart was born, raised, and spent all but a few years in Provo City, the city he loved, worked for, and was devoted to. Bart was born with a murmur in his heart and was told he would never play sports or live past 20 years. His determined nature proved everyone wrong as he went on to play football and baseball, and lived a full, purposeful life. He earned his Eagle Scout Award and loved camping, hunting, fishing, karate, and waterskiing, and made sure his boys were all proficient in these. He spent his teenage years riding motorcycles all over the hills where he now has Provo City water tanks, wells, pipes and springs, which he oversaw. He was a true patriot who loved his country and the founders of this nation, and he was an avid Civil War buff. He was also known for his hard work and ability to fix anything. He spent any free time he had helping his children with projects they were involved in. His grandchildren would affectionately take any toy that was broken and march it into his office and inform everyone, "Grandpa will fix it." His grandchildren will all miss his "Tootsie Rolls" he handed them as they left after a visit. Bart was a devoted member of The Church of Jesus Christ of Latter-day Saints. He served in a variety of positions, including Young Men’s President, High Priest Group Leader, High Councilor, and Ward Executive Secretary. Bart spent over 33 years devoted to his job in Provo City and other water-related responsibilities. He began working for Provo City right out of high school, working on the water pipes. He eventually became the Provo City Water Director and Deputy Public Works Director. At the time of his death he was deeply involved in some major improvements and upgrades in the city, which he was determined to finish before retiring so he could leave Provo City in a good operating condition. He has also spent countless hours serving on boards and committees in the water industry, and volunteering his time to those seeking water certifications and testing, especially in the Backflow Prevention areas. His devotion to this industry was recognized when he was given the prestigious George Warren Fuller Award in 2012 from the American Water Works Association. Bart is survived by his loving father, Jay Ervin Simons (94), his devoted wife, Becky Holbrook Simons; six children, Brad (Lisa) of Lehi, Jared (Pam) of Pleasant Grove, Tara (Ryan) of Heber, Jason (Heather) of Eagle Mountain, Adam (Kristie) of Orem, and Brooke (Chris) of Las Vegas; along with 4 step-children: David Harris (Emily) of St. George, Jenny Phillips (Dan) of Saratoga Springs, Jared Harris (Heidi) of Monticello, and Ryan Harris (Melanie) of Saratoga Springs; and 34 grandchildren. He is preceded in death by his mother, Alice Fay; his brother, Coy Jay and his wife, Marie; his sister, Beverly Fay Lunceford (Jess), and in-laws, Neil and Colleen Holbrook. Funeral services will be held at 12:00 noon, Thursday, April 28, 2016 at the Grandview Stake Center, 1600 North 1880 West, Provo, Utah. Family and friends may call at the Berg Mortuary of Provo, 185 E. Center, Wednesday, April 27 from 6-8:00 p.m. and at the church Thursday from 10:30-11:45 a.m. prior to services. Interment at Provo City Cemetery. Condolences may be expressed to the family at www.bergmortuary.com.

Alvin Bartley Simons, age 59, of Provo, passed away unexpectedly from a heart attack on April 22, 2016. Bart was born in Provo, Utah, to Jay Ervin Simons and Alice Fay Cox on March 17, 1957. Bart was born, raised, and spent all but a few years... View Obituary & Service Information

The family of Alvin Bartley Simons created this Life Tributes page to make it easy to share your memories.

Send flowers to the Simons family.