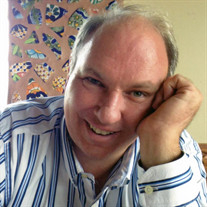 On Thursday, June 3, 2021, Andreas Steinmann, our precious loving father and husband, passed away due to a long battle with liver failure. Andreas was born on May 2, 1965, in Recklinghausen, Germany. During the first six years of his life,... View Obituary & Service Information

The family of Andreas Steinmann created this Life Tributes page to make it easy to share your memories.

Send flowers to the Steinmann family.