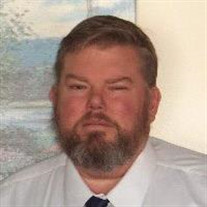 Andrew Eric Johnston (59), beloved husband, father, and grandfather, passed away November 18, 2015 at his home in Provo, Utah. Andy was born March 25, 1956, in Los Angeles, California, and married his high school sweetheart, Robin Guthrie, in Pasadena, California. They were later sealed on December 8, 2001in the Los Angeles Temple after joining The Church of Jesus Christ of Latter-day Saints. Andy had a passion for the automotive industry and graduated from Cal State in Mechanical Engineering and Electrical Engineering. He also worked as a patent consultant. He loved designing and building turbos and had a number of patents. He is survived by his loving wife, Robin, and four sons: James (Jennifer), Jeremiah (Emma), Jeff (Zina), and Jacob. He was also the proud grandfather of 5 grandchildren. He was preceded in death by his parents, Jerry and Martha Johnston, and his son, Justin. A memorial for Andy will be held at 3:00 p.m., Saturday, December 5, 2015 at the Colonial Building for The Church of Jesus Christ of Latter-day Saints, 1625 South Slate Canyon Drive, Provo. Condolences may be extended to the family at www.bergmortuary.com.

The family of Andrew Eric Johnston created this Life Tributes page to make it easy to share your memories.

Send flowers to the Johnston family.