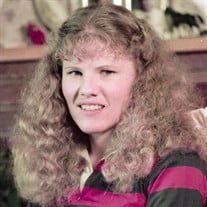 Barbara Rouse, age 63, passed away peacefully at Stonehenge of Springville, Utah on Saturday July 25, 2020. She was born September 27, 1956 in Provo, Utah to Margaret and Wendell Mathews. She spent most of her life in Provo UT. She loved when her dad would take her and her brother to BYU indoor swim pool. She learned how to sew and crochet at a young age. She graduated from Provo High School in 1975. She graduated from BYU with a degree in Interior Environment. She became an avid runner after graduating from BYU and ran in three marathons. She later received a Master’s degree in Psychology. She served an LDS mission in Atlanta, GA before settling into a family of her own. After her first child Kylee, she adopted: Myca from Colorado Springs, Kasia from Nanjing China, and five biological sisters; Nina, Katya, Olga, Tanya, and Valentina from Siberia Russia. In 2002 she became a single mother raising her 8 kids in Provo UT. Her favorite hobbies included sewing, art, reading, puzzles, solitaire, crocheting, traveling, and baking. She often shared her homemade gifts with her family and friends. Barbara is preceded in death by her parents Wendell and Margaret Mathews and sister Carolyn. Barbara is survived by her brother David (Sheryl), her daughters Nina Francis, Katya Marcelin, Kylee Riala, Olga Credeur (Branden), Tanya Garcia, Valentina Rouse, Kasia Lucas (Todd), and Myca Rouse, and grandchildren Levi, Cree, Alex, Gennie, Gabe, Emma, K’loni, Tayah, Paxton, Ryder, Violet, Anthony, Mia, Oliver, Micah, Savanna, and Mason. They will greatly miss her sense of humor, one of a kind laugh, and the twinkle in her eye when she smiled. Memorial services will be held at 11:00 a.m., Saturday, August 1, 2020 at the Grandview South Stake Center, 1122 Grand Ave Provo, Utah. Condolences may be expressed at www.bergmortuary.com.

Barbara Rouse, age 63, passed away peacefully at Stonehenge of Springville, Utah on Saturday July 25, 2020. She was born September 27, 1956 in Provo, Utah to Margaret and Wendell Mathews. She spent most of her life in Provo UT. She loved when... View Obituary & Service Information

The family of Barbara Mathews Rouse created this Life Tributes page to make it easy to share your memories.

Barbara Rouse, age 63, passed away peacefully at Stonehenge of...

Send flowers to the Rouse family.