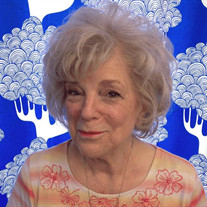 Bertha Mae Elise Crenshaw Chapman was born on September 17, 1936 to Lorenzo Young Crenshaw and Samantha Elvira Cook in Shreveport, Louisiana. She was the second of three daughters. She had an older sister, Loretta Jewel, and younger sister, Barbara Anne. They had no brothers. Her official birthdate is August 17, 1936. We believe this is the result of a typo or data entry error when converting from paper records to digital. Her family lived through the depression which was particularly hard on them; 3 days without food was not unusual. At one point, they moved to the Hooks area of Texas, a little West of Texarkana. Bertha was athletic during her younger years. She would play catch with her father and later played on a girls’ baseball team. Sometime after World War 2, a Japanese girls’ team was touring the United States and Bertha’s team was one of the ones that played against them. Bertha earned a Sportsmanship award from that contest. She was 17 when her mother died in a house fire. At that point, she was taken in by Mildred (Millie) and Charlie McGraw. This couple was the aunt and uncle of Harry Dale Chapman. Dale and Bertha were already acquainted but saw each other much more after that and they quickly fell in love. After Dale returned from Navy boot camp, they were married by the Justice of the Peace in New Boston, Texas on October 6, 1954. Dale and Bertha moved to Quonset Point, Rhode Island where they had their first 2 children, Tresa Elise and Walter Dale. They were eventually stationed at Millington, Tennessee (near Memphis) where they had their third child, Katherine Jean. Shortly after, they made the trip to Salt Lake City to be sealed in the temple as a family. In 1962, Joseph David was born. He had cerebral palsy; he lived 2 and half years before he passed away. In 1965, they were stationed to NAS Lemoore, California. In 1966, their fifth and final child, James Lee, was born. Both were wholly dedicated to their family. The Church of Jesus Christ of Latter-day Saints was a very important part of Dale and Bertha’s lives, and they raised their children in the faith. This gave them strength during the various trials they experienced throughout life. To help with the family finances, Bertha worked as a pharmacist’s assistant at a pharmacy in Hanford, California. In 1976, Dale retired from the Navy and the family moved to Mesquite, Texas. By this time, Tresa was married, Walter was on a Church Mission in Buenos Aires, Argentina, and Kathy was starting college at Brigham Young University, so James was the only child remaining at home. Later that same year, Bertha’s first grandchild, Jennifer, was born. Bertha and Dale would eventually have 14 grandchildren. During this time in Mesquite, Texas, Bertha felt inspired to finish her education. She completed her GED at Skyline High School in Dallas, Texas and then earned her A.A. at Eastfield College in Dallas, Texas. In 1989, Dale and Bertha sold their home in Mesquite, Texas and served their first mission in Porto, Portugal. After that mission, they moved to Bothell, Washington and lived there until 1998 when they served their second mission, this one to Utica, New York. After that service, they retired to Provo, Utah. It was during that time in 2004 that a large celebration was held for their 50th wedding anniversary. They would serve one more mission in the Las Vegas East Mission in Nevada. They spent most of that mission in Panaca. They then returned to Provo, Utah after their mission. Life took another challenging turn for Bertha in 2009 when her son Walter passed away. Two years later, her husband and love of her life, Dale, passed away. Within two more years, both of her sisters and other friends and relatives had passed away as well. As sad as this period was, Bertha remained strong in her faith and an inspiration for others. In late 2018, she moved into a retirement home in Orem, Utah where she met a man named Phillip Stuver. In February of 2019 they were married. Later in 2019, Bertha was diagnosed with Pancreatic Cancer. Late in the evening of October 29, Bertha passed away from this mortal life with loved ones around her. Bertha had 5 children, 14 grandchildren, and 36 great-grandchildren. She is survived by her second husband, Phil Stuver, daughters, Tresa and Kathy, and son, James. She will be remembered for her unshakeable faith in Jesus Christ, her love for her family and other people, and for her service in the Church. Funeral Services will be held at 2:00 p.m., Saturday, November 9, 2019 at the LDS Chapel, 114 South 400 West, Orem, Utah. Friends may visit with the family at the church from 12-1:45 p.m. prior to services. Interment will be held Saturday, November 16, 2019 at the Old Salem Cemetery, New Boston, Texas. Condolences may be expressed at www.bergmortuary.com.

Bertha Mae Elise Crenshaw Chapman was born on September 17, 1936 to Lorenzo Young Crenshaw and Samantha Elvira Cook in Shreveport, Louisiana. She was the second of three daughters. She had an older sister, Loretta Jewel, and younger sister,... View Obituary & Service Information

The family of Bertha Mae Elise Crenshaw Chapman created this Life Tributes page to make it easy to share your memories.

Send flowers to the Chapman family.