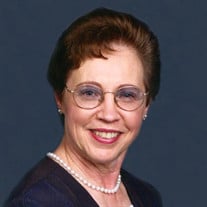 Beth LaRae Fisher Hopkins passed away peacefully with her children by her side, at her home on June 7, 2020 at the age of 78. LaRae was born on the Family Farm on West Center Street in Provo, Utah on Sept 12, 1941 to Grace Charlotte Gammon Fisher and Virl R Fisher. LaRae grew up on the family farm on West Center Street with her 2 older brothers Kent and James Fisher and little sister Susan Fisher Heringar. They all enjoyed growing up together as they worked hard on the family farm. They produced potatoes, carrots, parsnips, corn, cabbage, turnips and hay for the cows. They made and delivered carrot and apple juice all over the Utah Valley, from Salt Lake City to Payson for over 20 years. She attended schools in Provo and graduated from Provo High. LaRae met Frank when she was in the 10 grade. They dated until she graduated from high school in 1959. They got married November 5, 1959 and were later sealed in the Provo Temple on March 18, 1989. For the first few years they moved around a lot while Frank was drafted into the Army. After about 5 years, they had their first child Andy and they bought their first house in West Provo. LaRae started sewing clothes and wedding dresses for people from her home to make extra money while she stayed home raising her children. She was the best mom ever. She was involved in PTA and was an active member of The Church of Jesus Christ of Latter-day Saints. She held many church callings, including primary teacher, activities director and relief society president 3 times. Frank always supported her and they made a great team. Later, after her children were older, she managed apartment and rental properties. She and Frank worked hard to buy rentals, fix them up and rent them out. She worked as a teacher’s aide for the Provo school district at the Oakridge School for 18 years with special needs children. She enjoyed her job there, until she got breast cancer. LaRae fought a courageous battle with breast cancer, cervical cancer and uterine cancer and beat it. The cancer treatments made her eye condition go out of control and after multiple surgeries and treatments she lost her eye sight and was left blind at the age of 61. Frank was great support and took great care of her. He would find ways to make her life easier. When LaRae was 70 Frank passed away. At that time they had been married for 53 years. Her children moved her into her son Jason’s home where he took great care of her for the next 8 years until she passed away of Acute Leukemia. LaRae was a strong lady and always stayed positive throughout all her trials. She loved her children, grandchildren and great-grandchildren who are: Andrew Blair (Karren) Hopkins of Mapleton; Tracey Mark (Annette) Hopkins of Mayfield; LeAnn (Daren) Judd of Cedar City; Russell Jason (Lauren) Hopkins of Provo; and Edward Trent (Tammy) Hopkins of Provo; 19 grandchildren and 19 great-grandchildren. She is also survived by brothers: Kent Fisher and James W Fisher. She was preceded in death by her husband, parents, and her sister Susan. Graveside services will be held at 1:00 p.m., Thursday, June 11, 2020 at the Provo City Cemetery, 610 South State Street, Provo, Utah. Condolences may be expressed at www.bergmortuary.com.

Beth LaRae Fisher Hopkins passed away peacefully with her children by her side, at her home on June 7, 2020 at the age of 78. LaRae was born on the Family Farm on West Center Street in Provo, Utah on Sept 12, 1941 to Grace Charlotte Gammon Fisher... View Obituary & Service Information

The family of Beth LaRae Fisher Hopkins created this Life Tributes page to make it easy to share your memories.

Beth LaRae Fisher Hopkins passed away peacefully with her children...

Send flowers to the Hopkins family.