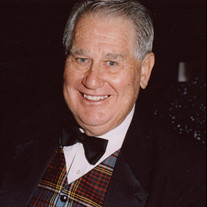 On the beautiful, early moonlit morning of December 11, 2019, Bill J. Anderson left this mortal life to take his next step into eternity. Bill was born in Park City, Utah on June 25, 1928 to Richard Morse Anderson and Vivian Clara Wright. A... View Obituary & Service Information

The family of Bill J. Anderson created this Life Tributes page to make it easy to share your memories.