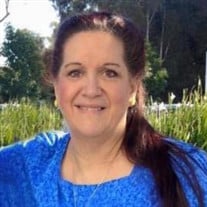 Our sweet mother, Cathey Leete Halasima returned to our Heavenly Father on Thursday, September 2, 2021, surrounded by loved ones. Cathey was born in San Francisco, California on February 11, 1956, to William Gould Collins and Nancy Leete Collins. As a young child, Cathey’s family moved and she grew up a Southern Bell in Savanna, Georgia. She was the oldest of four children. After graduating high school at the age of 19, Cathey moved to Provo, Utah with her family, just in time to serve a mission for The Church of Jesus Christ of Latter-day Saints. Cathey served 18 months in the Indianapolis, Indiana Mission. Shortly after returning home from her mission, she met the love of her life, Timote Halasima, Sr. If you’ve ever talked to either one of them about how they met, they would tell you it was love at first sight. They knew instantly that they were going to marry each other. Timote Sr. said, “I knew she was the one because she was so kind and giving and always taking care of me.” A year after dating, they married, making Cathey an instant mom to Timote’s son Timothy (Isaac) Halasima. One year later, Cathey and Timote were sealed for all time and eternity in the Provo, Utah Temple. Soon after, they added another bundle of joy with the birth of Mele Leete Halasima. Their family continued to grow in later years with the addition of Timote Jr., Suliana Leete and Viliami Vaha. Over the years Cathey worked at a few places, among those were Nature’s Way and Modus Link. She spoke dearly of the friends she made there but the job she loved the most was being a stay-at-home mom and grandma. Cathey was known for her sweet gentle nature and always greeting everyone with a smile and a hug. She loved to go on drives and little adventures while listening to music. She was always ready to take a picture, but her favorite thing to do was spend time with her grandkids. Cathey was blessed with many beautiful grandkids who are: Dominic Hiatt (Halasima), Mele Halasima, Meliah Halasima, Eva Halasima and Micah Halasima (Isaac); Timote Halasima III, Ilaisaane Halasima, Tevita Halasima (RIP) and ‘Aholoka Halasima (Timote Jr.); Hevani Tuell, Grey Tuell (Fou); Manaia Soi, Mele Soi, Matalasi Soi, Mea’Alofa Soi (Suliana); Viliami Halasima Jr., Tavai Halasima and Titali Halasima (Viliami). Each child had a special relationship with her. Cathey is survived by her husband, Timote Halasima Sr., her sons Issac Halasima, Timote Halasima Jr., Viliami Halasima and her daughter Suliana Halasima; her brother Bill Collins, her sister Lolly Collins, her many nieces, nephews, and her pride and joy, her grand babies. Although we have heavy hearts, we find peace and joy knowing that she is reunited with her beloved daughter Mele Halasima, her grandson Tevita Vea Halasima, her parents, her sisters, and many others. Cathey is loved by so many and will be missed. Bishop services will be held at 11:00 a.m., Wednesday, September 8, 2021, at the Sunset 12th Ward Chapel, 1090 West 1020 South, Provo, Utah. Family services will be held from 8-10:00 a.m. prior to the Bishop’s services. Interment will follow at the Provo City Cemetery. Condolences may be expressed to the family at www.bergmortuary.com.

The family of Cathey Leete Halasima created this Life Tributes page to make it easy to share your memories.

Our sweet mother, Cathey Leete Halasima returned to our Heavenly...

Send flowers to the Halasima family.