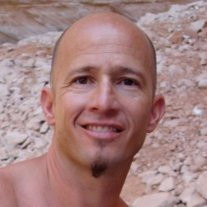 Chandler was born in Provo, Utah on February 16, 1971 to Jerry and Nancy Allan. He is survived by his sisters, Tiffany Taylor and Talia Strong and his brothers, Howard and Karl Allan, and preceded in death by Tahitia Allan. He graduated from Orem High school in 1989 and went on to marry Julie Sparks, his Junior High school sweetheart, and the love of his life in June of 1993. Chandler was blessed with two beautiful children, Ramzy 17, and Iver 13, whom he adored and devoted himself to. He touched an astonishing number of people, in fact anyone he came in contact with knew he would be there for them to do whatever they asked or needed. He was also a silent servant who saw what needed to be done and just did it. He will always be remembered for his love of motor cross, boating, cars and everything else fast exciting, to sum it up an adrenaline junkie. Chandler was a woodworking craftsman whose talent has been left in hundreds of homes all over the state. He had an immense love for his family and friends. He was everyone’s “go to” man no matter what was needed, fixing, listening, supporting, teaching, and most of all always loving. He took it upon himself as a challenge to quiet the crying babies and relieved many tired mothers. He played endlessly with the children in his life and they all left him with a smile. Not to forget the mothers who he left with once broken items suddenly fixed. Oh, we must not leave out the men and boys in his life who used Chandler’s knowledge in fixing cars, motorcycles, bicycles, or anything else with moving parts. Chandler will be always remembered in the hearts of Julie his wife, Ramzy and Iver, his children, his father, his mother, his brothers and sisters, his aunts, uncles, cousins, grandparents, in laws, co-workers, builders, homeowners, strangers, neighbors and endless amount of friends. He left them better people and emulates the word charity. Severe depression further complicated by multiple head injuries, including one just 5 days before his death on December 7, 2013. Our hope is that from this tragedy we can bring to light a better understanding and urgency to recognize the reality of this disease whom touches people everywhere and leaves them believing the lie that we would be better off without them. Funeral services will be held at 11:00 a.m., Saturday, December 14, 2013 at the Lindon LDS Chapel, 731 East Center Street, Lindon, Utah. Friends may call at the Berg Mortuary of Orem, 500 North State Street, Friday, December 13, from 6-8:00 p.m. and at the church Saturday from 10-10:45 a.m. prior to services. Interment will be in the Lindon City Cemetery, Lindon, Utah.

Chandler was born in Provo, Utah on February 16, 1971 to Jerry and Nancy Allan. He is survived by his sisters, Tiffany Taylor and Talia Strong and his brothers, Howard and Karl Allan, and preceded in death by Tahitia Allan. He graduated... View Obituary & Service Information

The family of Chandler Allan created this Life Tributes page to make it easy to share your memories.

Send flowers to the Allan family.