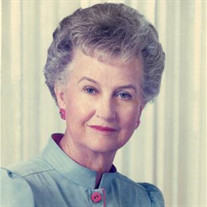 Claudia Young Duerden Breinholt Steed died Thursday, August 16, 2018 at her home in Provo, Utah. Claudia was born in Monticello, Utah. She was the second child in the family of Claud Lamar Young and Inez Jones. She graduated from Monticello High School and attended LDS Business College. While there she met and married Claude Bronson Duerden in January 1948 in the Salt Lake Temple. Their family consisted of four boys: Gregory, David, Richard and Scott. After building a home in Provo’s tree streets, Claude taught at BYU and Claudia managed the office at Berg Mortuary and worked for many years at Provo’s Social Security office. Claude died in 1974. Claudia married Floyd Breinholt in 1976. Floyd had lost his wife, the mother of his four children: Karen, Mark, Mace and Lesa. With this marriage, Claudia gained 3 daughters and another son. Claudia enjoyed having daughters—especially after raising four boys. She and Floyd, an artist and retired BYU art professor, traveled and lived the good life. They built a second home in Kayenta (near St George) where they loved the “red rock country” of Southern Utah. Floyd died in 1997. Mutual friends introduced Claudia to Harman Steed. They married in 1999 and went on a ‘honeymoon’ as site missionaries to Rochester, New York, where Mark Breinholt was the Mission President. Harm’s children, Doug and Debbie, now joined Claudia’s family. Claudia’s ever growing family included numerous grandchildren and great grandchildren (she stopped counting great grandchildren at 260). Harm died in 2017. Claudia loved life, the gospel of Jesus Christ, her cherished family and her rich San Juan County pioneer heritage. She is survived by her large and loving family. Her family is comforted in knowing she is now young, vibrant and renewing relationships with beloved family members who have predeceased her. Funeral services will be held at 1:00 p.m., Saturday, August 25, 2018 in the Oak Hills 6th Ward Chapel, 1960 North 1500 East, Provo, Utah. Friends may call at the Berg Mortuary of Provo, 185 East Center Street, Friday, August 24 from 6-8:00 p.m. and at the church Saturday from 11:30-12:45 p.m. prior to services. Interment, Provo City Cemetery. Condolences may be expressed at www.bergmortuary.com.

Claudia Young Duerden Breinholt Steed died Thursday, August 16, 2018 at her home in Provo, Utah. Claudia was born in Monticello, Utah. She was the second child in the family of Claud Lamar Young and Inez Jones. She graduated from Monticello... View Obituary & Service Information

The family of Claudia Young Duerden Breinholt Steed created this Life Tributes page to make it easy to share your memories.

Send flowers to the Steed family.