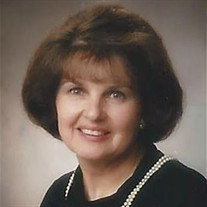 After living a wonderful well rounded life of 86 years, Connie passed gently to the other side in her sleep early Sunday morning at the Courtyard at Jamestown Assisted Living, Provo, Utah having suffered with Alzheimer’s disease for several years. Born to Harry Robinson and Katheryn Kirk Daniel on May 27, 1928, she was a happy, carefree child with two half-sisters, Lenore Stuart Thrift and Katheryn Gray Bowen, who have preceded her in death. She lived the first 19 years of her life in Moberly, Randolf Co, Missouri and attended Moberly Jr College and was crowned queen of the American Royal at age 18. She married the love of her life, Hartman Rector Jr. Oct 12, 1947 and became a farmer’s wife which challenged her city girl instincts, but she soon proved to be the belle of the barnyard. She later followed him to San Diego and in 1952 she introduced her sweetheart to the Mormon missionaries while he was on leave from serving in the navy during the Korean conflict. From that time on they became devout members of The Church of Jesus Christ of Latter-day Saints and moved about with the military. While living in Fairfax, VA in 1968, she supported her husband’s call to the first Quorum of the Seventy for the church and moved to SLC, UT to serve the Lord on a permanent basis. She has served in many capacities for her family and the church. She has been Primary & YW President, and served on stake and ward Sunday School and Relief Society presidencies. She loved English and writing and has co-authored 8 books, and run the Millennial Bookstore out of her home in Virginia. She did extensive genealogy for her ancestors, and she loved gardening, canning, sewing and collecting a fabulous green glass collection. She loved making her home heaven on earth. She spent many years of her life traveling and speaking and supporting her husband while he was mission president in Tallahassee FL, San Diego, CA, a short time in Italy and the Austro/German Mission and also in the Area Presidency in Quito, Ecuador. She enthusiastically traveled with him while he lectured on Book of Mormon and US History tours for many years. She and Hartman have been great supporters of the American Indian Services. Her greatest love and devotion was for her children and grandchildren who she supported in many ways, babysitting and paying for schooling and missions. She is survived by her husband, Hartman Rector, 8 of her 9 children who are: Joel Kirk (Yelena) Rector, Moscow, Russia; Kathryn G (Steven) Fales, Las Vegas, NV: Laura C Aston, Orem, UT; Linda M (Scott) Ball, West Jordan, UT; Lila (Hal) Tueller, Orem, Ut; John M (Kirsten) Rector, Merced, CA; Lucinda Morey, Highlands Ranch, CO; and Tuvae Rector, SLC, UT. Her son Daniel H Rector, preceded her in death. She also is survived by her niece Judy Rutnam and brother-in-law, John Armstrong and their families. Her great posterity of 45 grandchildren and 54 great-grandchildren all lament her passing and anticipate a grand reunion on the other side. We love you so much Grandma! Funeral services will be held at 11:00 a.m., Saturday, February 28, 2015 at the Cascade 4th Ward Chapel, 200 North 1050 East, Orem, Utah. Friends may call at the Berg Mortuary of Provo, 185 East Center Street, Friday, February 27 from 6:30-8:30 p.m. and at the church Saturday from 9:30-10:30 a.m. prior to services. Burial and graveside ceremony 3-4 PM at the SLC Cemetery, SLC, off 11th Avenue. Condolences may be sent online at www.bergmortuary.com.

After living a wonderful well rounded life of 86 years, Connie passed gently to the other side in her sleep early Sunday morning at the Courtyard at Jamestown Assisted Living, Provo, Utah having suffered with Alzheimer&#8217;s disease for several... View Obituary & Service Information

The family of Constance Kirk Daniel Rector created this Life Tributes page to make it easy to share your memories.

After living a wonderful well rounded life of 86 years, Connie...

Send flowers to the Rector family.