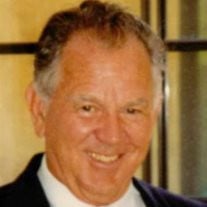 Robert Craig Clark, M.D. (“Dr. Craig”) passed away on March 27, 2014 in San Diego, California from multiple complications incident to age, while surrounded by his children. Dr. Craig was born July 19, 1925, in Provo, Utah as the third son to Mary Newell and Stanley M. Clark, M.D. He graduated from Provo High School in 1943, and turned down an appointment to West Point in order to join the U.S. Navy's V-12 program, an accelerated college program to train Navy officers and doctors. Dr. Craig graduated from Jefferson Medical College in Philadelphia, PA., in 1948 at the age of 22, simultaneously earning his Bachelors from Brigham Young University in Chemistry. He followed his father, older brother Stan, Jr., and three uncles Riley, Garn and Cecil into the medical profession. After an internship in Oakland, CA, and a four year residency in general surgery at the Salt Lake County Hospital, he entered into his surgical / general practice in Provo, Utah. His older brother Richard also became an M.D. after being discharged from the Air Force. Dr. Craig was board certified by the American College of Surgeons in 1953, serving as Chief of Surgery for the Utah Valley Hospital for many years. Dr. Craig practiced from the “Clark Clinic,” at 225 N. University Avenue, Provo beginning in 1953. Dr. Dick was an OBGYN, Dr. Stan, Jr. was an EENT and Stan, Sr. (“Dr.”) was their mentor in surgery and general practice. Dr. Craig was the youngest member of the medical dynasty and a skilled diagnostician, surgeon and medical counselor. He was beloved for his integrity, his candor, intelligence, gratis treatment of the needy and his service to the health and hospital community over a long career. He truly was a doctor that took care of whatever medical condition he encountered. He had a busy, diversified general practice; while spending more time in the operating room at the Utah Valley Hospital than any other doctor on staff for many years. He retired in 1996. Dr. Craig spent 57 years with his beloved wife, Eloise, who preceded him in death August 12, 2004. He was a wonderful father and mentor to his children. Dr. Craig is survived by his four children: Mary Christine Clark Bork (Mrs. Jeffery Holt Bork); Robert Craig Clark, Jr. (Valerie Wolfe), James G. Clark (Mary C. Heishman), and Kipp H. Clark (Tina Louise Carillo); and also survived by four grandchildren: Melanie Eloise Bork Graham (Mrs. Stephan Graham), Jeffrey Scott Bork, and Robert Craig Clark, III. Funeral services will be held at 11:00 a.m., Thursday, April 3, 2014 at the Berg Drawing Room Chapel, 185 East Center Street, Provo, Utah. Friends may call from 10-10:45 a.m. prior to services. Interment will be in the Provo City Cemetery. Condolences may be sent online at www.bergmortuary.com. For more information go to his obituary page at http://craigclark.remembered.com/

The family of Craig Clark, M.D. created this Life Tributes page to make it easy to share your memories.

Send flowers to the Clark, family.