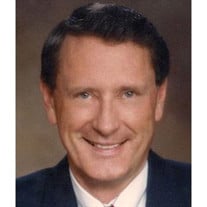 We are sad to announce that D Cornell Thomas passed away on July 10, 2021 with his wife, Marlene, faithfully by his side. Cornell was born on July 5, 1936 in Thomas, Idaho to goodly parents, Daniel Darrow and Martha Lois England Thomas. They lived on a farm and he was taught at a young age by his mother to “hoe to the end of the row” which he has done well throughout his life. He served an LDS mission in the New England states as a young man. He loved the gospel and tried fervently to follow the example of Jesus Christ through his lifetime by holding many callings such as branch president, ward clerk, stake high council, and high priest group leader. He also served a couple mission with Marlene in Mexico as mental health missionaries. Cornell met his first wife, Beverly Jean Greene, and they married on December 27, 1962 in the Logan Temple. He worked hard while he earned his doctorate degree from the University of Utah in educational administration and counseling psychology. This brought him exciting opportunities to take his wife and young children to Tonga to be the principal of Liahona High School in Nuku’alofa, Tonga. Then on to Laie, Hawaii to be an assistant professor at The Church College of Hawaii. Education brought him back to Rexburg, Idaho where he left the field of education to start a business which took them to Missouri. Cornell ultimately missed Idaho and moved back to be near his mother and father in Thomas, Idaho where Governor John Evans appointed him to Idaho State Representative in 1982. He served for a second term as well. He grew restless in Idaho and they moved to Salt Lake City. Later, after his marriage to Beverly ended, he reconnected with his love from college, Marlene Wynder Woolf, and the two married in the Salt Lake Temple on December 30, 1994. She had 11 children which increased the love in his life as well as his many activities and events exponentially! He enjoyed dancing, music, theater, and sports (especially if BYU was playing). He spent much of his time attending concerts, plays, and sporting events of his many grandchildren. He and Marlene had the opportunity to go to Shanghai, China to teach English. Marlene has been a great blessing to him especially with his declining health. He has “hoed to the end of the row!” We are comforted that he can say, “I have fought a good fight, I have finished my course, I have kept the faith.” (2 Timothy 4:7). Cornell is preceded by his parents, Dan and Lois Thomas; one sister, Paunie Van Order (Larry), and one grandchild, Tanner Wilkinson. He is survived by his wife, Marlene; his siblings: Gaylin (Pamela), Thane (Colleen), Jolene Nissen (Dave), Dan L. (Sandy); his 5 children: Julie, Dana Francis (Malin), Matthew, John (Debbie), and Jennifer Hunter (Chris.); as well as Marlene’s 11 children: Kim Bosler (Bruce), Trevor (Linda), Vicki Beckham, Troy (Wendi), Kent (Gina), Derick (Julia), Kendra Smoot (Steve), Chad (Bonnie), Mindi Morris (Shad), Nicole Gardner (Nate), and Brandon (Jennilyn); 67 grandchildren, and 47 great-grandchildren. Funeral services will be held at 12:00 noon, Saturday, July 17, 2021 at the Oak Hills Stake Center Chapel, 925 East North Temple Drive, Provo, Utah. Friends may visit with the family at the Berg Mortuary of Provo, 185 East Center Street, Friday, July 16 from 6-8:00 p.m. and at the church Saturday from 10:30-11:45 a.m. prior to services. Interment, Orem City Cemetery. Condolences may be expressed to the family at www.bergmortuary.com. A livestream of the funeral services can be viewed at https://youtu.be/vsSt29dxLVA.

We are sad to announce that D Cornell Thomas passed away on July 10, 2021 with his wife, Marlene, faithfully by his side. Cornell was born on July 5, 1936 in Thomas, Idaho to goodly parents, Daniel Darrow and Martha Lois England Thomas. They... View Obituary & Service Information

The family of D Cornell Thomas created this Life Tributes page to make it easy to share your memories.

We are sad to announce that D Cornell Thomas passed away on July...