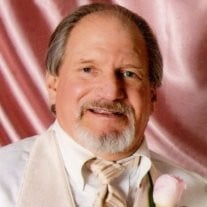 Daniel Herbert Vance was born May 23, 1952 to Daniel Herbert Vance, Sr. and Marilynn Kirk in Provo, Utah. He passed from this life peacefully in his sleep on November 20, 2013, at his home in Provo at the age of 61 after a valiant battle with his health. Dan attended school in Utah and was a successful businessman. He owned and operated Dan’s All Phase Carpentry for over 25 years. Dan loved the outdoors. He lived in Kanab, Utah, for several years where he worked as a whitewater rafting guide on the Colorado River. An avid skier, he often spent time in the mountains and enjoyed his time on the slopes. He also enjoyed hunting and fishing. Dan also had a passion for music, and would often spend hours listening to music as he worked, played and relaxed. He was a kind and caring man who could always lighten up a room with his presence. He could always make those around him smile with his sly humor and quick wit, and was a true joy to be around to his friends and family alike. Always one willing to help others in need, Dan gave many years of valuable service to NA and was a strong believer in the program. Dan was a kind soul who loved his friends, his family and his dogs deeply. He is preceded in death by his grandparents, Herb and Helen Vance and James and Mable Kirk; father, Dan, Sr.; mother, Marilynn and his step-father, Gene Evans. Survivors include his step-mother, Julie Bailey Vance of Phoenix, AZ; siblings: Rick Evans of Provo, UT, Terry Evans Gibson (Randy) of Tahlequah, OK, Voni Vance Miller of Phoenix, AZ, Rhett Vance of Salt Lake City, UT and John Vance and Frank Volkert, both of Washington. Friends and family are welcome to attend an informal celebration of his life at this home, located at 1343 Maple Lane, Provo, on Sunday, November 24, 2013, between 5:00 pm and 7:00 pm. In lieu of flowers, the family requests donations to the Humane Society in his honor. The family also wishes to offer a sincere note of thanks to Dr. Lynsey Drew for her extraordinary kindness and compassion during his final weeks of life, best friend Rick Coleman, and all other friends and loved ones who stood closely by his side throughout his life.

Daniel Herbert Vance was born May 23, 1952 to Daniel Herbert Vance, Sr. and Marilynn Kirk in Provo, Utah. He passed from this life peacefully in his sleep on November 20, 2013, at his home in Provo at the age of 61 after a valiant battle with... View Obituary & Service Information

The family of Daniel Herbert Vance Jr. created this Life Tributes page to make it easy to share your memories.

Send flowers to the Vance family.