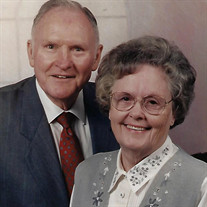 Simi Valley, CA-David Hyrum Hiatt, beloved husband, father, grandfather, great-grandfather, uncle and friend passed away peacefully with the love of his family Sunday, July 29, 2018, due to incidence of age. He was born on Friday March 22, 1929 to David Lafayette Hiatt and Ethel Mene Puckett Hiatt at Mount Airy, Surry County, North Carolina, and the sixth of eleven children. At a young age he learned a strong work ethic from his parents and excelled in several sports. Upon graduation from Flat Rock High School in Mount Airy in 1947, he attended the fall semester at the University of North Carolina, Chapel Hill, in which we was a walk on to the University cross country team. After which Dave had a strong desire to head west to continue his studies at Brigham Young University, with a BS degree in Physical Education/Secondary-Education, with minors in Zoology, Sociology, and Psychology, and again was a walk on with the BYU Cross Country and Track Teams with receiving letters in both sports. After a brief teaching job in Mount Airy, he returned to Provo, enlisted in the US Army and while on leave married his sweetheart, Marilyn Sturgis of Provo in the Salt Lake Temple, on February 5, 1953. David and Marilyn were blessed with an eternal marriage and, at the time of her parting, they had been married 57 years. The Army took this young couple to Fort Ord in Monterey California, were where he served with the Replacement Training Center, which was a major staging area for military units departing to the Korean conflict, in which the first child was born, David. After his discharge from active duty the family moved back to Provo and he began his Post Graduate schooling at BYU and continued with inactive reserve obligation for six years, during this time the second child was born, Hyrum. In 1955 he moved this young family to Hollywood, California to attend Physical Therapy School at Children’s Hospital Society of Los Angeles, in which the third child, Vicki, was born. As this young family continued to grow, the family moved from Hollywood to Panorama City and then to Canoga Park, California, with another daughter, Renae, being born in Panorama City and sons, Michael and Nathan, in Canoga Park. He had a passion and talent with helping others around him as a Physical Therapist. David’s priorities were his family, faith, and work. As a talented licensed PT he worked at several therapy services, hospitals and convalescent hospitals in the Los Angeles area, with many years at Glendale Memorial Hospital as a Physical Therapist, Chief Physical Therapist, Administrative and Rehabilitation Coordinator. In the early 1980’s he went back to school for a Master’s of Science in Rehabilitation Administration from the University of San Francisco. Later in his career he took his hard work ethics to Bakersfield, California and practiced in Delano and the surrounding area hospitals in Bakersfield. He was a faithful member of The Church of Jesus Christ of Latter-day Saints. He had a great love for his Savior, serving others, and the LDS church. His service as a member of the church included numerous callings as Scoutmasters, Teachers, Clerks, Ward Mission Leader, Counselors in the Ward Bishopric, and Bishop. He loved being in service of others as he tried to emulate the teaching of Jesus Christ. He had a great love, admiration, and respect for the outdoors, enjoying hiking, backpacking, fishing, and camping, along with many trips to visit family in Utah, and several to his birth place of Mount Airy over the years. He is probably best known for his love of running which began at an early age and continued throughout most of his life, competing in college and later in many marathons and smaller races in the cities and surrounding areas in which he lived. He is survived by his children of four boys and two daughters: David (Sarah) Hiatt, Modesto, California; Lance (Tanya) Davis, West Valley, Utah; Vicki (Geoff) Metzelar, Simi Valley, California; Renae (Robert) Stewart, N Las Vegas, Nevada; Michael (Kellie) Hiatt, Simi Valley, California; Nathan (Amie) Hiatt, Bakersfield, California; as well as 12 grandsons, 8 granddaughters, and 27 great-grandchildren. Surviving siblings include: Portia Hansen, Wilbur (Ara Jean) Hiatt, Paul Hiatt, Ethel Atkins, Ann Madsen, and Ephriam (Amy Catherine) Hiatt. No doubt he had a wonderful reunion with his parents and siblings, Junior Hiatt, Vernon Hiatt, Rudger Hiatt, and William Hiatt. A celebration of his life will be held at 11:00 a.m., Saturday, August 18, 2018 at the Berg Drawing Room Chapel, 185 E. Center Street, Provo, Utah. Friends may visit one hour prior to services. Interment will follow in the Provo City Cemetery. Condolences may be expressed at www.bergmortuary.com.

Simi Valley, CA-David Hyrum Hiatt, beloved husband, father, grandfather, great-grandfather, uncle and friend passed away peacefully with the love of his family Sunday, July 29, 2018, due to incidence of age. He was born on Friday March 22,... View Obituary & Service Information

The family of David Hyrum Hiatt created this Life Tributes page to make it easy to share your memories.

Send flowers to the Hiatt family.