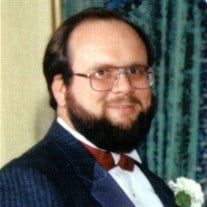 David Hurlow Jones peacefully passed away at 1:10 am on November 28, 2017, in Provo, Utah. He was born June 15, 1953, in Salt Lake City, Utah; the son of Milton Jenkins Jones and Mary Margaret Knoth Jones, both deceased. He was also preceded in death by his older sister Susan. He is survived by two older sisters, Sherron Simmons and Deborah Krzywy; and by two younger brothers, Isaac Howard (Paula Callis) Jones and Seth Milton Jones; as well as numerous nieces and nephews. David served his earthly mission in Hawaii, from October 1972 to October 1974. Before his LDS mission, while living on Vancouver Island in Canada, David worked as a logger, and then in a marina repairing both fishing boats and expensive yachts. After his LDS mission, David attended Snow College, earning an Associates Degree in cabinet making. He enjoyed working as a finish carpenter and cabinet maker, and did excellent detailed work. David helped build LDS chapels in California for almost ten years, as the foreman on the job. Later on, David worked as a computer technician, and serviced an area which covered California, Oregon, and Washington, repairing and reprogramming computers. He loved working on computers, and was proficient at it. David’s last career move was as a machinist and fabricator at McDonald Douglas Aircraft, which later merged with Boeing, where he worked for a number of years. He was so skilled at this job that he designed and made mechanical parts that were used to make other parts. David even made parts for an artificial heart that was sent up into space. David worked at Boeing until he suffered a stroke in September of 2012. David was an avid photographer, a talent he learned from his father, and passed on to his younger brother Seth. David and Seth took professional quality photographs, including wedding photos for family and friends, but their favorite subject was nature. David took a large number of absolutely stunning photographs, several of which he took while actually in very risky situations. David loved music of all kinds, and was a voracious reader. David especially loved the out of doors, hunting, fishing, camping, and photographing. He took many trips with family and friends, combining all of the things that he loved to do, which activities gave him the greatest joy. As a result of Diabetes, David suffered a massive stroke on September 21, 2012, but he had had some smaller strokes before that, and had several more strokes after that. He spent the next five years in rehab facilities, with almost daily visits by his brothers Isaac and Seth, and with visits by his sisters Sherron and Debbie as often as they could make the trip, until he passed away. David’s funeral will be held on Friday, December 1, 2017, at the Steeplechase Chapel (Northridge 2nd Ward) 1780 North 165 East, Orem, Utah. The viewing will be at 9:30 am, with the funeral at 11 am. He will be buried in the Orem City Cemetery following the funeral. Condolences may be expressed at www.bergmortuary.com.

David Hurlow Jones peacefully passed away at 1:10 am on November 28, 2017, in Provo, Utah. He was born June 15, 1953, in Salt Lake City, Utah; the son of Milton Jenkins Jones and Mary Margaret Knoth Jones, both deceased. He was also preceded... View Obituary & Service Information

The family of David Hurlow Jones created this Life Tributes page to make it easy to share your memories.

David Hurlow Jones peacefully passed away at 1:10 am on November...