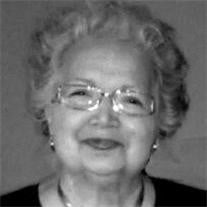 Dawn Marion Asay was a truly fascinating person. Like the mythical Scheherazade, she could captivate an audience with her stories and unique observations, often taking unabashed literary license. Any school, church or family gathering found... View Obituary & Service Information

The family of Dawn Johnson Asay created this Life Tributes page to make it easy to share your memories.

Dawn Marion Asay was a truly fascinating person. Like the mythical...