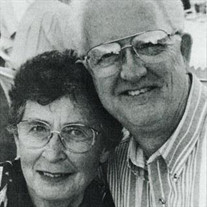 Dee Raymond Taylor passed away peacefully on July 28, 2017. Dee R. Taylor was born to Raymond W. Taylor and Annie Randall Taylor on November 4, 1925. He was a grandson of Apostle John W. Taylor and a great-grandson of President John Taylor and was very proud of his heritage. Dee grew up in Spanish Fork. Upon graduation from Spanish Fork High School, he served in the U.S. Army for two years in the Philippines and Japan. Following his release, he received a mission call and served 2 ½ years in the Spanish-American Mission. During the short interim between military service and his mission call, Dee met the love of his life (Barbara J. Taylor) on a blind date. He returned from his mission on May 15, 1949 and they were married on June 8, 1949 by Salt Lake Temple President J. Reuben Clark. They had two sons, David Dee Taylor and Brad Lee Taylor. Dee attended BYU and later was accepted at USC School of Architecture where he graduated with a Masters of Architecture degree. They moved back to Provo where Dee eventually opened his own architecture practice. Dee designed and built many private homes, apartment complexes and commercial businesses. His hobbies included all forms of art: drawing, painting, woodworking, inlaid wood designs and enjoyed building and designing all types of things. Dee is survived by the love of his life Barbara, daughter-in-law Mary, son Brad, daughter-in-law Peti, his two brothers Doyle Taylor and John Taylor, his sister Joanne Tyler, eight grandchildren and still growing number of great-grandchildren. Dee's kindness, charity, and love will be missed by all. Funeral services will be held at 11:00 a.m., Monday, August 7, 2017 at the Oak Hills 6th Ward Chapel, 1960 North 1500 East, Provo, Utah. Friends may call from 9:30-10:45 a.m. prior to services. Interment will be in the Provo City Cemetery. Condolences may be expressed at www.bergmortuary.com.

Dee Raymond Taylor passed away peacefully on July 28, 2017. Dee R. Taylor was born to Raymond W. Taylor and Annie Randall Taylor on November 4, 1925. He was a grandson of Apostle John W. Taylor and a great-grandson of President John Taylor... View Obituary & Service Information

The family of Dee Raymond Taylor created this Life Tributes page to make it easy to share your memories.