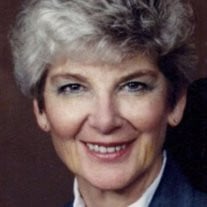 Delaine Anderson Clark passed from her earthly mission on November 13, 2013. Delaine was born on March 6, 1926 in Idaho Falls, Idaho to Orial Lewis and Delia Lee Anderson. She was sealed to her eternal companion, Welsford H. “Gus” Clark on August 16, 1955 in the Salt Lake Temple of The Church of Jesus Christ of Latter-day Saints. Together they raised four children: Chris, Lee, Suzanne, and Rachel. After graduating from high school and university studies she continued her education in nursing, graduating as a certified, registered nurse anesthetist. Her kindness and care for her patients was unparalleled. Her concern extended beyond her patients to their families. At times she invited families of patients from out of town to stay at her home when they had nowhere else to go. Delaine served a full-time mission for the LDS Church in the Northern States Mission which included Illinois and Wisconsin at a time when few women served as missionaries. She was an active and faithful member of the LDS Church throughout her life. She was a woman possessed of deep faith. She was kind to all and was generous with her time and means. After her retirement, Delaine and her husband served LDS Church missions in the Philippines, Thailand, Roosevelt, Utah and at the MTC in Provo, Utah. Delaine is survived by her children, Chris (Kelly) of Lindon, Lee (Jeana) of Orem, Suzanne (Walter) Kelly of Las Vegas, and Rachel (Mitch) Oviatt of Orem; She is also survived by 14 grandchildren and 25 great-grandchildren, her brother Ethan Anderson of Ammon, Idaho and her sister Avon Andrews of St. George, Utah. Delaine was preceded in death by her husband Welsford (Gus), her brothers Marion and Joseph and her sister Donna. Funeral services will be held at 11:00 a.m., Thursday, November 21, 2013 at the Cherry Hill Stake Center, 1700 South 400 East, Orem, Utah. Friends may call Wednesday, November 20, 2013 from 6-8:00 pm at Berg Mortuary of Provo, 185 East Center Street, and at the church Thursday from 9:30-10:45 a.m. prior to services. Burial will be in the Provo City Cemetery. The family would like to extend their gratitude to the staff at Courtyard at Jamestown for the love and care they showed Delaine during the final months of her life.

Delaine Anderson Clark passed from her earthly mission on November 13, 2013. Delaine was born on March 6, 1926 in Idaho Falls, Idaho to Orial Lewis and Delia Lee Anderson. She was sealed to her eternal companion, Welsford H. &#8220;Gus&#8221;... View Obituary & Service Information

The family of Delaine Anderson Clark created this Life Tributes page to make it easy to share your memories.

Delaine Anderson Clark passed from her earthly mission on November...