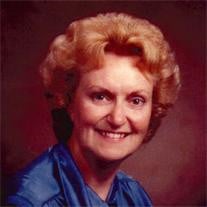 We have lost one of our great ones. Della Mae Ivins Rasmussen passed away on March 9, 2012. Della Mae was born in 1926 in Ely, Nevada, the oldest of three children. She spent most of her youth in Overton, Nevada. She graduated from the University of Utah in 1948 with high honors in Sociology and Psychology, with a minor in Anthropology. In 1948, she married Paul G. Rasmussen in the Salt Lake Temple. She and Paul raised their six children in Provo, Utah. She graduated with her doctoral degree in Counseling Psychology from BYU in 1968. Over the next 22 years, she worked as a counseling psychologist in the BYU student counseling center. Her interest in eating issues led her to conduct pioneering research in the little-studied conditions of bulimia and anorexia. She was elected national president of the Association of Mormon Counselors and Psychologists, serving two years as president. In 1967, she was called to the Primary General Board of The Church of Jesus Christ of Latter-day Saints, a calling she held for 13 years. She also served her church in many other callings including Stake Primary President, Stake Relief Society President, Ward Music Chair, Activities Committee Chair, Ward Organist, and accompanist for innumerable soloists, choirs, funeral services, and church programs. This was in addition to her work as a teacher in various auxiliaries. Upon retirement, Paul and Della Mae served two missions for the Church: the first in Trinidad from 1990-1992; the second in Hawaii from 1996-1997. While serving, Paul and Della Mae formed relationships which would continue through the years until her death. Della Mae loved to travel, touring dozens of countries; she loved BYU sports, retaining season tickets to football and basketball from 1953 onward, and she loved music, having become an accomplished pianist. Yet, despite her many achievements and her varied interests, Della Mae loved people above all. Those who knew her were daily astonished at her capacity for love and connection, a love that was both expansive and personal, a reflection of her love for the Lord. She once said that "People are like wonderful books to open and know." She is survived by her six children: Kerry (Sue) Rasmussen, Kim (Richard) Condie, Kirk (Jackie) Rasmussen, Klayne (Verena) Rasmussen, Kevin Rasmussen, and Kip (Leah) Rasmussen, and her daughter-in-law Cathy (Jerry) Armstrong. Her posterity includes 24 living grandchildren, 11 great-grandchildren (and counting), a brother Reid (Nani) Ivins and sister, Nancy (Pearce) Shelton. She was preceded in death by her parents L. R. and Mildred Ivins, husband Paul, and grandson, Trey. Funeral services will be held at 2:00 p.m., Tuesday, March 13, 2012 at the Pleasant View 2nd Ward Chapel, 650 Stadium Ave., Provo, Utah. Friends may call at the Berg Mortuary of Provo, 185 East Center Street, Monday evening from 6 until 8 and at the church Tuesday one hour prior to services. Interment, East Lawn Memorial Hills, 4800 North 650 East, Provo, Utah. Special appreciation is extended to the Legacy Hospice of Ogden for their tender care and assistance. In lieu of flowers, donations may be made to the LDS Church Perpetual Education Fund. Condolences to the family may be sent through her obituary at www.bergmortuary.com.

We have lost one of our great ones. Della Mae Ivins Rasmussen passed away on March 9, 2012. Della Mae was born in 1926 in Ely, Nevada, the oldest of three children. She spent most of her youth in Overton, Nevada. She graduated from the University... View Obituary & Service Information

The family of Della (Ivins) Rasmussen created this Life Tributes page to make it easy to share your memories.

We have lost one of our great ones. Della Mae Ivins Rasmussen...