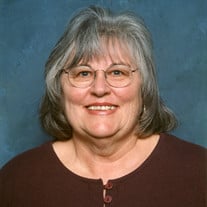 Diana, daughter of Allan and Carmen Doran was born in Oakland, CA. She was the oldest of four children. She enjoyed art and playing the clarinet in school. She graduated from San Ramon Valley Union High School in 1951. She studied nursing for a time and then worked for Bank of America, where she met Lewis Martin Allen. Diana and Lewis were married in 1955. They joined The Church of Jesus Christ of Latter-day Saints in 1960 and were sealed in the temple in 1962. They lived in Concord, CA and had nine children and reared seven. She was a stay at home mom for many years, taking care of children, her own and others. She was authentic and always showed love, affection, and acceptance of others. Her home was always open and filled with the noise of family and friends. She enjoyed quilting, sewing, and many other crafting genres. She valued learning and always had a book or two she was focusing on. She was creative, and shared her talents and knowledge with the people around her. Diana married Warnell Gleason MacNaughtan (Mac) in 1996 and was later sealed for all eternity. They enjoyed a quieter part of her life. She enjoyed her time with Mac swinging on the porch swing, sitting by the river, working in the garden and writing poetry. Following Mac’s death, Diana married Thomas Little in 2006. They enjoyed traveling with the Temple Riders Association. They rode their motorcycle, visited LDS temples and enjoyed this beautiful country. This was an exciting part of her life filled with love, travel and adventure. Diana was filled with wisdom and appreciation of life. She was blessed to have many lifetimes of love, which she frequently acknowledged and for which she was grateful. She will continue on her journey of learning, preparing for our joyous reuniting, “Truly loved and waiting”. Diana was preceded in death by her parents, a brother, two sons and two previous spouses. She will be greeted warmly. She is survived by her husband, Thomas Little, seven children: Cynthia (Dave) Allen, Charles (Patti) Allen, Karen (Rick) Nickolette, Lewis (Victoria)Allen, Milly (Joel) Park, Maureen (Brett) Allen, and Marilyn (Frank) Ormonde, seven step children, 50 + grand and great grandchildren, and two brothers. She will be greatly missed. Funeral Services will be held Saturday, April 28, 2018 at 11:00 a.m. at the Bonneville 12th Ward Chapel, 715 South Utah Avenue, Provo, Utah. Friends may call at Berg Mortuary, 185 East Center Street, Provo, Utah, Friday, April 27, from 6:00- 8:00 p.m. and at the church Saturday from 9:30-10:30 a.m. prior to services. Interment, Heber City Cemetery. Condolences may be expressed at www.bergmortuary.com.

Diana, daughter of Allan and Carmen Doran was born in Oakland, CA. She was the oldest of four children. She enjoyed art and playing the clarinet in school. She graduated from San Ramon Valley Union High School in 1951. She studied nursing... View Obituary & Service Information

The family of Diana Ruth Doran Little created this Life Tributes page to make it easy to share your memories.

Diana, daughter of Allan and Carmen Doran was born in Oakland,...

Send flowers to the Little family.