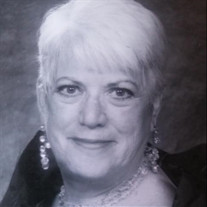 Diane Ruthe Robertson, beloved mother, grandmother and faithful patriot was called home on 16 January 2018 ... She was 81 years young. Born March 2, 1937 in St. Joseph, Missouri to Adolphus Benjamin and Lola Mae Abrams. She was the second of three daughters. Her family moved to Gardena, California about 1942. Here, she went to school, graduating from Gardena High. She met and married Thomas W. Robertson, of Texas, in June 1960, they later divorced in 1972. She was the mother of 2 children. She worked as a bookkeeper/office manager all her professional years. Thus providing for her two children and teaching them the value of hard work and perseverance. She was Grandmother to 10 grandchildren, whom she loved dearly. She moved to northwest Orem, Utah in 1979 and lived there until her move to California in 2013. She was blessed with the love and friendship of many people in her ward and local area during her time there. They will forever be etched in her heart. In recent years she suffered from dementia and moved to live with her daughter and son-in-law. She had a pioneer heart- always growing a garden, fruit trees, canning, sewing, crocheting or whatever she could do to provide for her family and serve others. She loved animals and cared for many puppy and kitty friends over the years. Finally, she was ever a patriot and loved her country as a member of the greatest generation. Her favorite colors were RED, WHITE, and BLUE, forever. She was preceded in death by her parents, and two sisters: Sharon Elam (2017) of Medford, OR and Nancy Spain (1994) of Phoenix, AZ. She will always be remembered with love, by her children: Tom and Donette Robertson of Springville, and Alan and Robin Preston of Kingsburg, California; her grandchildren: Nicole Preston and Ryan Preston, of Kingsburg, CA, Nathan and Stephanie Preston of Rexburg, ID; Erin Preston of Monterey, CA; Elizabeth and Kelsey Robertson, of Salt Lake City, UT; Thomas Dance of Clearfield, UT; Petty Officer Aaron Dance, Andrews Joint Base, Washington DC; Stefan and Kaelob Dance, of Springville, UT. A brief graveside ceremony will be held on Saturday, January 27, 2018, 11 am, at the Springville Evergreen Cemetery, 1997 South 400 East, Springville, UT. All friends are invited to attend. Condolences may be expressed at www.bergmortuary.com. In lieu of flowers, please make donations to your local or favorite animal shelter.

Diane Ruthe Robertson, beloved mother, grandmother and faithful patriot was called home on 16 January 2018 ... She was 81 years young. Born March 2, 1937 in St. Joseph, Missouri to Adolphus Benjamin and Lola Mae Abrams. She was the second of... View Obituary & Service Information

The family of Diane Ruthe Robertson created this Life Tributes page to make it easy to share your memories.

Send flowers to the Robertson family.