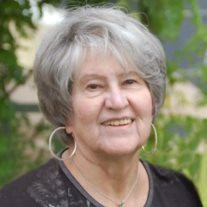 Dixie Colleen Edwards, nee Cornum, age 79, of Phoenix, AZ, passed away suddenly on January 12, 2014. Colleen was born on June 3, 1934, in Alamosa, Colorado to Sydney Lysander and Queen Naomi Cornum. The youngest of six children, she and her family later moved to Provo, Utah, where she graduated from Provo High School and continued her education at LDS Business College. She married Daniel Keith Edwards in the Salt Lake Temple in 1954. Throughout her marriage, Colleen lived in several different locations, but without question, her favorite city to reside was Chicago. One of her favorite pastimes was watching, but especially cheering, during a Chicago Bulls or Chicago Bears game. Her enthusiasm each time was contagious! Colleen also worked as a bank teller for many years and enjoyed the relationships she developed with her co-workers. She recently relocated to Phoenix to enjoy the warm weather. She will be missed by the many lives she touched. Colleen is survived by her four children, Susan (Richard) McDonald of Salt Lake City, UT; Pamela (Gregory) Cozzi of Palatine, IL; Dana (David) Stecker of Schaumburg, IL, and David (Karen) Edwards of Gilbert, AZ; 13 grandchildren and 7 great-grandchildren. Colleen is also survived by her brother Alger Cornum and sister Martha Brady. Two sisters, Phyllis Levingston and Theresa Paulson, a brother, Lynn Cornum and her parents, preceded her in death. Funeral services will be held Saturday, January 25, 2014 at 12:00 noon at the Provo 1st Ward Chapel, 195 South 100 East, Provo, Utah. Prior to the services, a viewing for friends and family will be held from 10:00-11:45 a.m. at the church. Interment will be held at the East Lawn Cemetery at 4800 N. East Lawn Drive, Provo. A luncheon at the Provo 1st Ward Chapel will be held following the graveside service. Condolences to the family may be sent to www.bergmortuary.com.

Dixie Colleen Edwards, nee Cornum, age 79, of Phoenix, AZ, passed away suddenly on January 12, 2014. Colleen was born on June 3, 1934, in Alamosa, Colorado to Sydney Lysander and Queen Naomi Cornum. The youngest of six children, she and her... View Obituary & Service Information

The family of Dixie Colleen Edwards created this Life Tributes page to make it easy to share your memories.

Send flowers to the Edwards family.