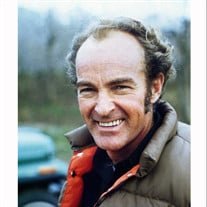 Don Wilcox Pack, age 83, was called home on August 4, 2019. He died of natural causes. He was born to Kenneth Ure Pack and Wilma Wilcox on June 18, 1936. He attended schools in Davis County, Utah. He later took courses at Utah Valley College, and then trained to drive commercial vehicles. He began working in the Facilities Division, Maintenance Branch of the Civil Aeronautics Administration in Salt Lake City. He later enlisted in the Armed Forces of the United States, Department of the Navy, where he was appointed as a Machinist’s Mate on April 16, 1956. He served aboard the U.S.S. Marshall Destroyer during the Korean conflict. He and his shipmates were referred to as the “Tin Can Sailors”. Don married Blanche Armstrong. Together they had three children, LaRaine “Raine”, Dawn, and Steven. They later divorced. He then married Dartha Caroline Bird. They had two children, Theresa Anne and James Dee. Caroline preceded him in death. He then married Kathleen Woodland. They were sealed in the Provo LDS Temple. She preceded him in death. He then married Carol Kay White. She preceded him in death. His last wife was Karen Dillingham. She also preceded him in death. Don’s children- Steven K, Theresa Anne and James Dee – all preceded him in death. His sister, Helen and brothers, Stirling and Earl, preceded him in death as well. He is survived by his brother, John Kay Pack and his daughters, LaRaine Pack Cyrus (Mark), and Cassandra Dawn Casey (Timothy). He is also survived by his step-daughters, Lisa Winn, Teri Olsen, and Patricia Winn, and step-son, Shane Winn, as well as many nieces, nephews, grandchildren and great-grandchildren. Don was a hard worker, but he also made time for lots of adventure. In his earlier years, he worked as an automobile mechanic. He transitioned to the Geneva Steel Pipe Mill where he worked for fifteen years until its closure, and then worked for the Utah Water Conservancy District. He also carried a CDL and touring the country in a big rig was the employment he most enjoyed. In his later years, he worked as both a Campground Host and Campground Area Manager, and these positions satisfied his love for the outdoors. During the course of his life, he really became a jack of all trades. He could fix your car, your boat, your house – or just about anything. In 1977, he and his then wife, Kathleen, built their own home in Orem, UT with their own hands. Later they built a business – the Skyview Café near Soldier’s Summit on Highway 6, and truckers would come from miles away to eat the best food around – especially the dinner plate sized cinnamon rolls that you could only get at the Skyview. He enjoyed camping, hunting, fishing, telling tall tales and befriending everyone. Don was creative, intelligent and mischievous – a real character. Though he suffered enormous loss over his lifetime, not only in the number of his loved ones that passed on before him, but he also suffered from heart problems that plagued him half of his life, suffered a stroke as well as a broken neck and had poor functioning kidneys. Through it all, he was ever the optimist, never one to back down and he just kept on going and going and going…His daughter often referred to him as the “Energizer Bunny”. Don will be missed by all his earthly friends, but he is enjoying an amazing homecoming on the other side, and already scouting out his next adventure! Funeral services will be held at 11:00 a.m., Saturday, August 10, 2019 at the Spring Creek 14th Ward Chapel, 672 North 250 West, Springville, Utah. Friends may visit with the family from 9:30-10:45 a.m. prior to services. Interment will be in the Provo City Cemetery. Condolences may be expressed to the family at www.bergmortuary.com.

The family of Don Wilcox Pack created this Life Tributes page to make it easy to share your memories.

Send flowers to the Pack family.