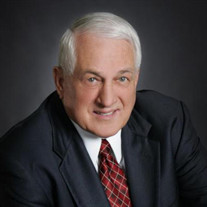 Donald Boss Jessee, age 84, passed away on March 25, 2020, in Orem, Utah, from natural causes. Don’s greatest legacy was his role as a husband and father to 10 children, 28 grandchildren, 12 great-grandchildren, and six foster children. He loved spending time with his family at reunions and other gatherings, annual vacations, holidays, festivals, and BYU sporting events. Despite significant health challenges in his later years, he unfailingly demonstrated optimism, gratitude, and happiness, and he passed on a heritage of compassion, service, and hard work. Throughout his life, Don excelled at hobbies that included studying history and religion, fishing, model building, working with wood and electronics, and playing basketball. Don held an abiding faith in God and made significant and wide-ranging contributions to the mission of The Church of Jesus Christ of Latter-day Saints, his employer for nearly 49 years. His teaching and administration skills blessed the Church Educational System and Young Women organization, and he made valuable contributions to the work of the Presiding Bishopric, Presidency of the Seventy, and Family History and Public Affairs departments. In a ministerial capacity, he served as a missionary in the East Central States Mission, bishop, stake high councilor, stake president, president of the Oregon Portland Mission, regional representative, and stake patriarch. Don was born on July 14, 1935, in Springville, Utah. He graduated in 1953 from Springville High School, where he played cello in the orchestra and sang in the choir. While in high school, Don also completed a two-year correspondence course in radio, television, and electronics through the Radio-Television Training School. Don married Kathryn Duke in 1958 and graduated from BYU in 1962; while at BYU he also trained in the Air Force ROTC. Don is survived by his sons, Mark (Beth Ann), Brian (Lori), Phil (Kayla), and Devin (Keri); daughters, Alaina Bringhurst (Shane), Pam Squire (Sean), SueAnn Brush (Kirk), Rachelle Powell (Nigel), and Kim Richardson (Garet); brothers, Dean (June, deceased), Norman (Bonnie), and Reed (Deanna); and sisters, Elaine Rawle (Jim, deceased) and Barbara Bartholomew (Mike). Don was preceded in death by his beloved Kathryn; sister, Carol Ann; brother, James Ogden; daughter, Tammy Lyn; and granddaughter, Amanda Squire. Don was buried with Kathryn at the Timpanogos Memorial Gardens Cemetery on March 30. A public memorial service will be held when social gatherings no longer present a health hazard. If you would like a notification once the service is scheduled, please email your name and phone number to [email protected] Condolences may be expressed at www.bergmortuary.com.

The family of Donald Boss Jessee created this Life Tributes page to make it easy to share your memories.

Send flowers to the Jessee family.