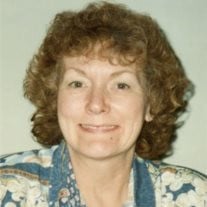 Our world just lost a great soul, and heaven gained a wonderful angel. Donna Grace Thurling Bossert, born September 23, 1940 in Greensburg, PA finished her earthly existence on March 31, 2014 in Provo, UT, surrounded by her family. The daughter of Charles L. Thurling, Sr. and Virginia Grace Smith Thurling. Raised in Jeannette, PA and graduated from Jeannette High School in 1958. She married Robert Glen Bossert, and later divorced. She is survived by her daughter, Cheri Christine (Bill) Jackson, Provo, UT; brother, Charles “Larry” (Nancy) Thurling, Jr., Jeannette, PA; 4 grandsons: Michael Bard, SLC, UT; Mark (Misty) Bard, Spanish Fork, UT; Johnathon (Gina) Jackson, Vacaville, CA; and Kyle Jackson, Provo, UT; 4 great-grandchildren: Scott and Peyton Bard, Spanish Fork, UT; Emma and Lily Jackson, Vacaville, CA.; also by two aunts: Jeanne Evans and Wilda Love Butcher; many cousins, and many friends from coast to coast. She is preceded by a nephew, Ronald Thurling and several aunts, uncles and parents. Lived in Florida then retired and moved to Utah to be with her beloved family in 2007. Loved all of the holidays, but especially Christmas. Some of her favorite hobbies included picture taking, genealogy and mostly spending time with her family and friends. She is known for always being a friendly person and thoughtful of others. Her greatest joy was spending time with her daughter and her family. She loved watching “annies4boys” all grow up to become wonderful, smart, handsome men. She loved the “kidders” and enjoyed seeing them grow and change- Grandma Annie loves you and will be watching over you. A devoted Pittsburgh Steelers fan, followed several college teams, loved the beach, travel, music (especially Elvis), and dancing. In her youth, Donna tells about driving race cars and actually beating a few male opponents. She even had a Honda 400 motorcycle at one time in her life. She received much happiness from her many good friends. They cared about her and stood beside her, no matter what. She will be deeply missed, but she said, “Someday, it will be a joy to go home to Heavenly Father and reunite with all my loved ones who crossed over before me”. What a joyous reunion that must be. Funeral services will be held at 11:00 a.m., Friday, April 4, 2014 at the Provost LDS Chapel, 715 South Utah Avenue, Provo, UT. Friends may call at the Berg Mortuary of Provo, 185 East Center Street, Thursday, April 3, from 6-8:00 p.m. and at the church Friday from 10-10:45 a.m. prior to services. Interment, Twin Valley Cemetery, Twin Valley, PA. Condolences may be sent online at www.bergmortuary.com.

The family of Donna Grace Thurling Bossert created this Life Tributes page to make it easy to share your memories.

Our world just lost a great soul, and heaven gained a wonderful...

Send flowers to the Bossert family.