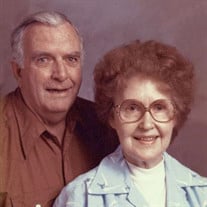 Dora Cook Norton, age 94, passed peacefully away on April 13, 2016 at her son’s home in Provo, Utah. She was born on Feb. 6, 1922 in Castle Gate, Carbon, Utah. Her parents are Joseph Edward Cook and Lucy Pearson. Most of her youth was spent in Castle Dale, Utah. On January 19, 1945, she married Vee Miller Norton in Orem, Utah. They were later sealed in the Salt Lake Temple. Vee and all of her 4 brothers and 1 sister preceded her in death. Her siblings are Lorenzo Cook, Byron Cook, Erma McPhie, Leslie Cook and William Cook. Dora was devoted to her family and she valued her membership in the LDS church where she held many positions. One of her favorites was serving for 19 years as an ordinance worker in the Provo LDS Temple. Dora was also a member of the Daughters of Utah Pioneers. Her interests included poetry, ceramics, scrapbooking, family history, and grandchildren. Dora is survived by her children, Neidra (James Crisp) and Bruce V Norton. She is also survived by 13 grandchildren, 41 great-grandchildren and 1 great-great-grandson. Funeral services will be held at 10:00 a.m., Monday, April 18, 2016 at the Berg Drawing Room Chapel, 185 East Center Street, Provo, Utah. Friends may call from 9:00-9:50 a.m. prior to services. Interment, Provo City Cemetery. Condolences may be expressed to the family at www.bergmortuary.com.

The family of Dora Cook Norton created this Life Tributes page to make it easy to share your memories.

Send flowers to the Norton family.