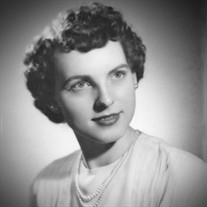 Dorothy was born April 26, 1927 in Alberta Canada at a ranch house located five miles northwest of Calgary. She was the third child of Cecil Le Roy Nielson and Mima Betsy Gib. Dorothy grew up in Calgary where she attended school. She rode the bus with her sister Hazel from Calgary to Provo to attend Brigham Young University. During class roll call, Dorothy Nielson noticed that there were two Nielsons, The other Nielsen, Joel Nielsen, noticed too and used that knowledge to introduce himself. They were later married November 25, 1946, in the Cardston, Alberta Temple. After they were married they joked that they exchanged marriage vowels. They moved to Provo where Dorothy worked for the telephone company. Dorothy remarked of that work, “It was a manual system, and we answered the lights by saying, ‘Number, please?’ and then connecting them to the number that they asked for. For variety sometimes we said, ‘Rubber knees?’ but no one ever seemed to notice.” Dorothy was a faithful member of the Church of Jesus Christ of Latter-Day Saints. She served in many capacities, from a teacher of three-year-olds to Church Service Missionary with her husband. Most meaningful to her was that of wife and mother. Dorothy volunteered for LDS Social Services, as well as worked as an election judge. She had many talents including sewing, quilting, canning and gardening. She studied nursing at BYU and enjoyed associations with her friends in her Edgemont neighborhood. Dorothy passed away March 2, 2018 in Mesa, Arizona and was preceded in death by her husband Joel, her sisters Hazel, Betty Lou and brother Cecil. Dorothy and Joel are the parents of JoEllen (Hal Throckmorton), Richard (Kaylene Garner), Betsy (Paul Vaterlaus), Blake (Jennifer Hatch); 16 grandchildren, 24 great-grandchildren and one great-great-granddaughter. Funeral services will be held at 12:00 noon, Saturday, March 10, 2018 at the Edgemont 21st Ward Chapel, 2900 North 650 East, Provo, Utah. Friends and family may visit at the Berg Mortuary of Provo, 185 East Center Street, Friday, March 9 from 6-8:00 p.m. and at the church Saturday from 10:30-11:30 a.m. prior to services. Interment, Provo City Cemetery. For full obituary and to send condolences: www.bergmortuary.com.

Dorothy was born April 26, 1927 in Alberta Canada at a ranch house located five miles northwest of Calgary. She was the third child of Cecil Le Roy Nielson and Mima Betsy Gib. Dorothy grew up in Calgary where she attended school. She rode the... View Obituary & Service Information

The family of Dorothy N. Nielsen created this Life Tributes page to make it easy to share your memories.

Send flowers to the Nielsen family.