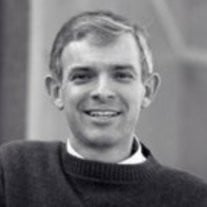 Douglas Earl Bush was born March 1, 1947 to Joe and Phyllis Bush and died in his home on October 4, 2013 after battling cancer. Dad frequently talked about his upbringing in rural Montana -- working on the farm with his grandparents, gardening, cooking, and spending time with his family. From a young age, he had a deep love and interest in history and a strong inclination toward music and organs specifically. These two loves became the defining interests of his life. His passion for good music led him to become a world-renowned organist, a “Bach-aholic”, and beloved teacher, with a particular gift to love, motivate and inspire others to want to become better people. He was passionate about family history and temple work as though it were his second profession, spending all of his time invested in family – both here on earth, and on the other side of the veil. His faith was the guiding force in his life, along with a persistent quest for that which would bring depth, beauty and meaning to all around him. Dad had magic hands; everything he touched always bloomed. His was a life characterized by selfless service, compassion, gentleness, and excellence. He created beauty wherever he went, and we feel profoundly blessed by such a lovely father, example and friend. He is survived by five daughters: Sarah Bush, Rebecca Buchert (Martin), Susan Bush (Joshua Trammell), Elizabeth Bush Campbell (Scott), and Christa Groesbeck (Garrett); 12 grandchildren who were the light of his life; his father, Josiah Douglas Bush (Mary Bush); and two siblings, Rick Bush (Jackie) and Dianne Reeder. Funeral services will be held at 11:00 a.m., Tuesday, October 15, 2013 at the Provo Central Stake Center, 450 North 1220 West, Provo, Utah. Friends may call at the Berg Mortuary of Provo, 185 East Center Street, Monday from 6-8:00 p.m. and at the church Tuesday from 10-10:45 a.m. prior to services. Interment, Provo City Cemetery.

Douglas Earl Bush was born March 1, 1947 to Joe and Phyllis Bush and died in his home on October 4, 2013 after battling cancer. Dad frequently talked about his upbringing in rural Montana -- working on the farm with his grandparents, gardening,... View Obituary & Service Information

The family of Douglas Earl Bush created this Life Tributes page to make it easy to share your memories.

Send flowers to the Bush family.