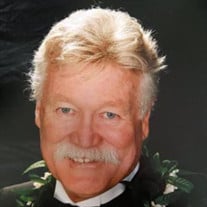 E Dwayne Rowley, a loving husband, father, grandfather, brother, and uncle has crossed the veil and returned to his Father in Heaven. Dwayne was born November 28, 1938 to Mary Claudia Prestwich Rowley and David Lyman Rowley Jr. He died peacefully and comfortably, surrounded by family and loved ones on October 5, 2021, he was 82 years of age. Dwayne was born and raised in Orem, Utah. He attended Lincoln High School and was involved with various sports. He excelled at Football and was offered a football scholarship to play for Brigham Young University, which he declined so he could get more play time at a smaller college. Dwayne was then granted a scholarship to play football at Snow College in southern Utah and later Mesa College in Grand Junction, Colorado. He then served in the army for two years, after which he then attended Brigham Young University. There, he met his beautiful wife Cheryl Lynne Bright and graduated with honors receiving a Bachelor of Economics. He then went to the University of Utah and received a Master’s in Business Administration (MBA). After which he entered the executive training program at Kennecot Copper Mine. Later, Dwayne worked as a hospital administrator for IHC in Afton, Wyoming, where he realized his desire to pursue management in the medical field. From there he moved his young family to Minnesota and received a Master’s Degree in Hospital Administration (MHA). He then served in various executive roles from Hospital Administrator to CEO for different hospitals including Stormont Vale in Topeka, Kansas, Aurora Community Hospital in Colorado, Mercy Hospital and Swedish Medical Center in Denver. His highlighted achievements include the development of a rural health care delivery system—the first of its kind in the nation—he also conceived and developed the formation of a major health care conglomerate of five large hospitals in the Denver metropolitan area. He fully supported his wife in her dreams of becoming a doctor. Dwayne was an avid sportsman, he loved hunting, fishing, and the great outdoors. Hunting and fishing trips were usually camping trips and included his children, wife, and his wife’s horses. He and his Cheryl had a goal of hiking all 14,000 ft mountains in the continental United States. Although they didn’t get all 54—one of which included hiking mount Elbert which is 14,224 ft, the highest peak in the continental United States. He is preceded in death by his loving parents and two brothers Melvin and Rex Rowley. Surviving him is his loving wife of 56 years, Cheryl Rowley, and their children: E Derek (Karen) Rowley, Daphne (Tony) Montgomery, Dalene Rowley, Danny Rowley, and Lileena Rowley. Also surviving him are his sisters: Ann Clayton, Gayla Muir, and Kathy Churnos as well as his aunts Hermina Harvey and Levina Braegger, and his uncle Shirl Rowley. Dwayne had 16 grandchildren and two great-grandchildren. His primary dedication in life was to his family. A funeral service in his memory will be held at 11:00 a.m., Wednesday, October 13, 2021 at the Cascade 7th Ward Chapel, 400 East 400 North, Orem, Utah. A viewing will precede the service from 9:30 to 10:45 a.m. at the same location. He will be interred in the Orem City Cemetery near his parents and other family members. Condolences may be expressed at www.bergmortuary.com.

The family of E Dwayne Rowley created this Life Tributes page to make it easy to share your memories.

Send flowers to the Rowley family.