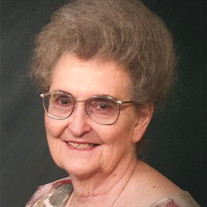 Our beloved mother passed away peacefully at the age of 82 in Orem, UT after battling an infection that took her life. Eleanor was born in Salt Lake City, UT, on October 18, 1931 to Julius and Pauline Binder. She was the fourth of five children which included Anna Liesa, Erika, Ruth Aida, and Julius Jr. Binder. Eleanor spent her early years in Salt Lake then moved to Elko, Nevada. After a few years in Elko the family moved to Provo, UT, where they resided for the remainder of their lives. Eleanor was educated in the Provo School District and she graduated valedictorian of her class and earned a scholarship. While working a summer job at the Pleasant Grove Canning Co., Eleanor met her husband H. Blaine Hall. They were married in the Salt Lake City Temple on January 5, 1950. Eleanor is survived by her loving husband H. Blaine Hall, seven children, Diana (Jim) Rollins, Rodney (Jan) Hall, Brian (Myrna) Hall, Laurie (Bill) Willis, Wendy (Don) Delker, Phil (Monica) Hall, Jared (Kelly) Hall, 21 Grandchildren, and 20 Great Grandchildren. She was preceded in death by her parents, all of her siblings, Grandson Spencer Rollins, and Granddaughter Jenna Hall. Eleanor was a stay at home mom during the growing up years of her children. Later she was hired as a Library Aide at Timpanogos Elementary School where she worked for approximately 10 years. She spent many hours in community service as an Election Judge, and a as a member of the Eldred Senior Citizens Board. As a member of the Church of Jesus Christ of Latter Day Saints she served in many capacities including Relief Society President, Primary President, and Young Woman’s Advisor. She also taught Gospel Doctrine classes for a number of years. In addition she served as a Temple Worker in the Provo, LDS Temple for 26 years. Eleanor was especially gifted in handicraft and painting. Her hands were always busy doing knitting, tatting, needle point, braiding, crocheting, and quilting. Eleanor won many awards for her skilled quilt work, and was an accomplished oil paint artist. Her children and grandchildren received many beautiful paintings that were lovingly signed “Elz” which was an affectionate nickname given to her by her children. Funeral services will be Friday, July 11, 2014, at 11 a.m. at Berg Drawing Room Chapel, 185 East Center, Provo, UT. Family and friends may visit at Berg Mortuary Thursday evening, July 10, from 6-8 pm and Friday morning July 11, from 9:30 to 10:30 prior to the funeral service. Interment will take place at East Lawn Memorial Hills Cemetery. Condolences may be sent to the family at www.bergmortuary.com.

Our beloved mother passed away peacefully at the age of 82 in Orem, UT after battling an infection that took her life. Eleanor was born in Salt Lake City, UT, on October 18, 1931 to Julius and Pauline Binder. She was the fourth of five children... View Obituary & Service Information

The family of Eleanor "Elz" Binder Hall created this Life Tributes page to make it easy to share your memories.

Our beloved mother passed away peacefully at the age of 82 in...