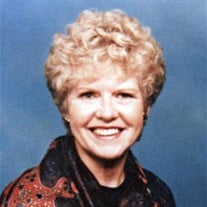 Elsie Shortt Cannon, age 91, died August 31, 2019 in Provo, Utah. She was born December 6, 1927 in Salt Lake City, Utah to Charles Shortt and Matilde Olina Johnsen Shortt. She was the tenth of eleven children and always spoke fondly of her family and early years. She graduated from Granite High School in Salt Lake in 1945. One of Elsie’s favorite memories was sponsoring the basketball team finalists in the All Church Regional Basketball Tournament. She was active in Lambda Delta Sigma Phi Chapter, where she held the office of president during her junior year. She graduated in Elementary Education at the University of Utah. Elsie worked hard to obtain her Golden Gleaner award while she was newly married. Elsie married her much-loved eternal companion, Maxwell Cannon, in the Salt Lake Temple of The Church of Jesus Chris of Latter-day Saints on March 4, 1949. They are the parents of eight children, David (Ana Maria), Christine, Julie (Lynn) Ballard, Cathy (Brian) Maurer, Eileen (Russell) Healy, Cindy (Glen) Davis, Mike (Tori), and Steve (Cyndi), who blessed them with 33 grandchildren and 36 great-grandchildren. Elsie was always encouraging, patient, and compassionate to her family who meant the world to her. Somehow, she made it look easy to be the mother of eight children and foster mother to three Indian Placement children with her boundless energy and enthusiasm for family. She often stated she wished she could have had even more children. Raising and maintaining the family was a joy to her. Elsie loved the Lord, and had unwavering faith and trust in Him. She was very active in The Church of Jesus Christ of Latter-day Saints from her childhood; she loved the children and youth programs. Later, she served in presidencies of organizations for the women, youth, and children. Elsie also served a mission with her husband to Kentucky. She especially loved her 22 years of service in the Provo Temple, part of which she served as temple matron while Max was in the Temple Presidency. Elsie never complained about serving in the church, but approached all responsibilities with a happy heart and an appreciation to be able to serve those around her. Elsie has been a wonderful example and will be greatly missed. Her smile, singing, laughter, optimism, and testimony will continue with us in our hearts, until we meet again. Funeral services will be held at 10:00 a.m., Saturday, September 7, 2019 at the Rock Canyon Chapel, 2445 North 650 East, Provo, Utah. Friends may visit with the family at the Berg Mortuary of Provo, 185 East Center Street, Friday, September 6 from 6-8:00 p.m. Services will be followed by interment at Eastlawn Memorial Hills. Condolences may be expressed to the family at www.bergmortuary.com.

The family of Elsie Shortt Cannon created this Life Tributes page to make it easy to share your memories.

Send flowers to the Cannon family.