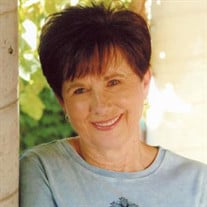 Esther Marie Messick passed away at her home on 30 August 2016. Esther was born 25 April 1934 in Dayton, Washington to Virgil LeRoy and Nora Mallgren Purnell. She joined two other siblings, Vivien and Merton. She attended school in Dayton. After several years the family moved to Ellensburg, Washington where she graduated from high school. She was active in the cheer club and loved to work at the fairgrounds so she could get free tickets to the rodeo. Just after graduating from high school, she married Robert McCauley. They had five children: David, Sandra, Marcella “Marcie” Hegewald (Mark), Carol Karleen Ogden (Jack), and Dutton Robert (Debbie). In 1962, the family joined The Church of Jesus Christ of Latter-day Saints. Esther remained very faithful and held many callings, some of which were working in Young Women and Relief Society as President, which were callings that she loved! After her divorce, in 1976 she along with Karleen and Dutton, moved to Orem, Utah where she received employment with Mini World Sewing Factory as a supervisor. One of the ladies she worked with told her about Don Messick’s wife who had recently passed away. She also told Don’s oldest daughter Kathy about her and as a result, in October 1979, Don asked her on a date and the romance blossomed. They were married and sealed 23 February 1980 in the Provo Temple. They joined two families with the addition of Don’s children: Kathleen Workman (Mike), Steven Don (Camla), Michele Nagel, Mark Austin (Trudy), and Melynda Bullock (Mike) who are eternally grateful for the love and care she has shown their dad for the last 36 years. Don and his wife Claudia Austin also had two other boys, Gregory and Eldon who passed away shortly after birth. Esther learned to love these children very much and, with the combination of both families, now enjoy 12 children, 44 grandchildren and 57 great-grandchildren with one on the way. She was preceded in death by her parents, brother Merton and son David. Esther was a great support to Don during his service as Bishop. She has been a very supportive wife who has been by her husband’s side as they have served in numerous callings in and outside of the ward. Some of her most joyful experiences were when she and Don served for 18 months in the Salt Lake Family History Mission, for 6 months in the Library and then a year in the Missionary Training Lab teaching new missionaries how to do family history research. Prior to the missions, she and Don served as Ordinance workers in the Provo Temple, which she loved. Their last mission was to the Milwaukee, Wisconsin Mission and they were sent to Green Bay as proselyting missionaries. She dearly loved both of these missions as well as a one year part-time mission at the BYU Family History Library. Since she was a convert to the Church, she was able to research her family and get much temple work accomplished for them. She has an abiding love and faith in her Father in Heaven and His Son, Jesus Christ. As a family, we have cherished our association with this wonderful wife, mother and friend. She will be greatly missed. Farewell dear one until we meet again! Funeral services will be held at 11:00 a.m., Friday, September 2, 2016 at the Edgemont 12th Ward Chapel, 350 East 2950 North, Provo, Utah. Friends may call at the Berg Mortuary of Provo, 185 East Center Street, Thursday, September 1, from 6-8:00 p.m. and at the church Friday from 9:15-10:45 a.m. prior to services. Interment will be in East Lawn Memorial Hills. Condolences may be expressed at www.bergmortuary.com. The family would like to express their gratitude to Envision Home Health and Hospice, especially Theresa, Shelly and Kristina.

Esther Marie Messick passed away at her home on 30 August 2016. Esther was born 25 April 1934 in Dayton, Washington to Virgil LeRoy and Nora Mallgren Purnell. She joined two other siblings, Vivien and Merton. She attended school in Dayton.... View Obituary & Service Information

The family of Esther Marie Purnell McCauley Messick created this Life Tributes page to make it easy to share your memories.

Send flowers to the Messick family.