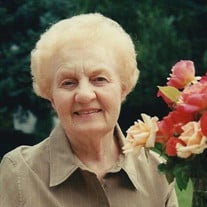 Evelyn JoAnn Hebertson Thomas, a beloved wife, mother, grandmother, aunt, and sister passed from this life on January 22, 2015, after valiantly enduring a lengthy illness. She will be remembered for her great zeal for life and learning, for... View Obituary & Service Information

The family of Evelyn JoAnn Hebertson Thomas created this Life Tributes page to make it easy to share your memories.