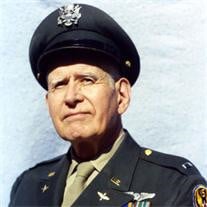 Floyd Everett Haupt, age 89, of Provo, Utah, returned to Heaven to spend eternity with his beloved wife, Marian Knighton Haupt, on December 11, 2010. Floyd passed away in Springville, Utah from the rupture of an aortic aneurysm. Floyd was born... View Obituary & Service Information

The family of Floyd Haupt created this Life Tributes page to make it easy to share your memories.

Send flowers to the Haupt family.