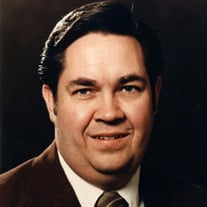 Gale Keith Christensen passed away on July 21st due to complications from Alzheimer’s and Dementia and three previous Open Heart Surgeries. Gale was born on July 29th 1948 in Provo, Utah, USA to Glen and Vaudis Christensen. Gale had three siblings, two brothers and one sister, but he also had two adopted sisters as well. Gale had a happy childhood filled with camping, fishing, and hunting with his family, cousins and aunts and uncles. His outdoor activities were always somewhat limited being born with a bad Aortic heart valve. Gale was always very proud of his father; he worked his entire life working for Geneva Steel. He also spent time playing on his grandmother Adie Carter’s farm, for which Carterville in Provo was named after. Gale graduated from Provo High School and worked as an Auto Mechanic when he was younger. He was always very mechanically inclined. He was a very smart man and could fix virtually anything. He took courses from Utah Trade Tech, and then later earned an Associate’s Degree from Brigham Young University. He married Alyson Aycock on April 18th 1969. They had three children together: Jeff, Gary, and Steve Christensen. They later were divorced. He started his career in electronics repair at Signetics. After a year he started working in computer repair for Brigham Young University, where he worked for 32 years. He took pride in his work, and the University greatly benefited from his detail oriented work and organizational skills. Gale was able to retire early at the age of 58 from BYU. He wanted to retire at a younger age because of his health issues and to pursue his many hobbies and spend time with family and friends. Gale had many hobbies that he also passed on to his boys. He loved boating and fishing, and after retiring he enjoyed going on camping trips with his trailer. When he was younger he was also very involved with building and flying Remote Control Airplanes with his friend Don Trendler, and he belonged to local RC Clubs for many years. He also loved music and Square Dancing and performed at many State Fairs and other events. He also enjoyed going on long drives and to this day his sons know the long way to go anywhere in the state. Gale is survived by his sons, Jeff Christensen, Gary Christensen (Renee), and Steven Christensen and his grandson, Carter Christensen. He is also survived by his siblings, Jeanette, Scott, Wayne and Glenda. He is preceded in death by his parents, Glen and Vaudis Christensen and sister, Sandra. Funeral services will be held at 11:00 a.m., Saturday, July 28, 2018 at the Berg Mortuary of Orem, 500 North State Street. Friends and family may visit before the funeral from 9:30-10:50 a.m. Interment will be in the Provo City Cemetery. Condolences may be expressed at www.bergmortuary.com.

Gale Keith Christensen passed away on July 21st due to complications from Alzheimer&#8217;s and Dementia and three previous Open Heart Surgeries. Gale was born on July 29th 1948 in Provo, Utah, USA to Glen and Vaudis Christensen. Gale had three... View Obituary & Service Information

The family of Gale Keith Christensen created this Life Tributes page to make it easy to share your memories.

Gale Keith Christensen passed away on July 21st due to complications...