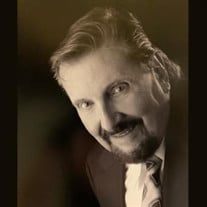 Gary Truman Rose passed away on Tuesday, August 4, 2020, as a result of complications from open-heart surgery. He was surrounded by his loving family. Gary was born in Provo, Utah on November 14, 1940 to his loving and hard-working parents, James Truman Rose and Faye Snow. He was raised in Provo. When Gary was only 7 years old, his father passed away, leaving his mother to support them. As a boy, he spent many hours (incredibly boring hours, as he later put it) helping in his mother’s home beauty salon. Sports became his salvation. Gary was an incredible athlete and loved baseball, basketball, tennis, golf, and football. Gary played baseball on Little League and Pony League All-Star teams as well as at Brigham Young High School in Provo. He was also a two-time state tennis singles champion in high school and played on scholarship for the tennis team at BYU. Gary’s love of golf began as a 10-year old when he was introduced to the game by an uncle at the Timpanogos Golf Club in Provo. Gary eagerly rode his bike 3 miles to the course, earning money to rent clubs to play by shagging balls and cleaning clubs. He was an avid and very talented golfer throughout his life, winning many club, church, and company tournaments in Southern California and Utah. He especially loved to play with his family and shared many memorable rounds of golf with them, gently correcting their shanks and slices. In golf as in all other things, Gary’s virtuosity served as an example to those he loved and who loved him. After graduating from Brigham Young High School in 1959, Gary studied electrical engineering at BYU and later took his first job at Boeing. Gary then began to work at the Los Angeles Department of Water and Power (LADWP) on various power generation projects, also completing an MBA and a Master’s degree in electrical engineering during that time. Gary contributed his expertise and talents as an engineer on many generation and power transmission facilities throughout Southern California. In 1982, Gary returned to Utah as the Lead Electrical Engineer (and later, Project Manager) for the Intermountain Power Project near Delta, completing the project on time while saving tens of millions of dollars for the city of Los Angeles. Gary retired from the LADWP in 1996 after a career in public service of more than 30 years. He continued in engineering as a highly sought-after consultant in the power industry on projects in Southern California, Nevada, and Utah, receiving an award for 50 years of service in 2019. Gary met Laura Lopez while working at LADWP in Los Angeles. He knew he had found the love of his life. After a long courtship he was able to convince Laura that she had found hers, too. They married on November 6, 1982 and have enjoyed a wonderful and deeply caring relationship as soulmates. They have been loving companions to each other and are an example of true love and dedication in marriage. Gary and Laura travelled extensively over the years, visiting every continent. They were sometimes accompanied by family members throughout the US, Canada, Europe, the Middle East, and Asia. They especially enjoyed summer trips to Oxford, England in recent years, as well as regular visits to family in Utah. Gary is the beloved father to six children and—together with his wife, Laura Rose—they were the joy of his life. Gary shared his humor, his appreciation of music, art, literature, lifelong love of learning, and his joy in competition and sports with his family. Gary was a loving, active participant in his children’s and grandchildren’s lives, and they constantly felt his support and encouragement in their success and happiness. He was a deep thinker and an avid reader and was well-informed about nearly any topic you could mention. He was a rare combination of intelligence, wit, humor, and wisdom, and he patiently shared his knowledge with those around him. Gary and Laura generously supported the education of their children, blessing their lives and the lives of their families. They also proudly supported the service of several children and grandchildren as missionaries. Their generosity extended to numerous charities and causes in their communities and around the world. Gary is a member of The Church of Jesus Christ of Latter-day Saints and had a testimony of God and faith in the Atonement of Jesus Christ. This faith gives the assurance that this is not the end and that we will see each other again. Until that day, all who knew him will continue onward with cherished memories, valuable lessons, and deep abiding love. Gary’s love and influence will continue in the lives of those who knew him. Gary is survived by his wife, Laura Lopez Rose; children, Robert Rose (Julie), Christine Rose Remington, James Rose (Suzette), Adryne Cathlene Rose Boynton (Bryan), Gary Paul Rose (Traci), and Michael Rose; 14 grandchildren and 10 great-grandchildren. Gary was a beloved brother-in-law to Nancy Sorchini, a dear uncle to two nieces, two nephews, 12 great-nieces and nephews, 5 great-great nieces and nephews, and godfather to Joseph. A memorial service will be held at 11:00 a.m., Saturday, August 8, 2020 at The Church of Jesus Christ of Latter-day Saints Chapel, 1101 South Diamond Bar Boulevard, Diamond Bar, California. Graveside services will be held at 10:00 a.m., Tuesday, August 11, 2020 at the Provo City Cemetery, 610 South State Street, Provo, Utah. Please bring your own chair, wear a mask, and observe social distancing. Condolences may be expressed to the family at www.bergmortuary.com. In lieu of flowers, donations may be made in his name to the BYU Ira A. Fulton College of Engineering or the World Wildlife Fund.

Gary Truman Rose passed away on Tuesday, August 4, 2020, as a result of complications from open-heart surgery. He was surrounded by his loving family. Gary was born in Provo, Utah on November 14, 1940 to his loving and hard-working parents,... View Obituary & Service Information

The family of Gary Truman Rose created this Life Tributes page to make it easy to share your memories.

Send flowers to the Rose family.