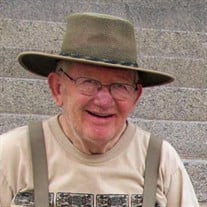 On May 16, 2015, Gary Verron Smith our dad, grandpa, husband, brother, finished his sojourn on earth. Gary is preceded in death by his parents, Verron and Wilda (Jensen) Smith; brother, Dwight and son, Trent. He is survived by his beloved wife, Arlene; children: Todd, Tracy, Jami, Jodi, and Trevor; sisters, Carol and Juliene; 19 grandchildren and 4 great-grandchildren. Born April 17, 1937, he grew up in Draper, Utah. He would tell wonderful stories about his idyllic childhood in Draper. He married Arlene (Sellers) Smith on October 6, 1961 in the Salt Lake LDS Temple. He served in the National Guard – called to active duty during the Berlin Crisis 1961. He served a 2 ½ year LDS Mission as a young man to Japan. He would go on to serve two more missions with his beloved wife, both to Japan. He then served in a Branch Presidency for four years at the Provo Missionary Training Center. He loved the missionaries and being a missionary and affected many lives for good. He was a great Scouter serving as scoutmaster and other positions in scouting for many years, including Eagle Boards of Review. He positively affected the lives of countless boys. His service over the years was recognized by his receiving the Silver Beaver Award. He loves his family. All he came in contact with could feel of his concern and care for them. We invite all family, friends, neighbors, and acquaintances to celebrate his life with us at a funeral service to be held at 11:00 a.m., Wednesday, May 20, 2015 at the Berg Mortuary of Orem, 500 North State Street. Friends may call from 9:30-10:45 a.m. prior to services. He will be interred at the Orem City Cemetery. Condolences may be sent online at www.bergmortuary.com. In lieu of flowers, please donate to the general missionary fund of the LDS Church.

On May 16, 2015, Gary Verron Smith our dad, grandpa, husband, brother, finished his sojourn on earth. Gary is preceded in death by his parents, Verron and Wilda (Jensen) Smith; brother, Dwight and son, Trent. He is survived by his beloved wife,... View Obituary & Service Information

The family of Gary Verron Smith created this Life Tributes page to make it easy to share your memories.