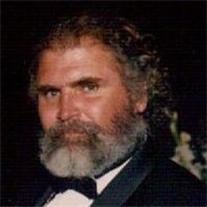 George Roger Powers, “Buddy” to family & “Moose” to friends, passed away peacefully with family and dear friends by his side on November 20, 2010 in Payson, Utah at the age of 61. George was born November 15, 1949 in Tucson, Arizona, the son of George F. Powers and Margaret Hadley Powers. As a child he traveled with his family to several parts of the country while his father worked in the construction industry. He followed in his father’s footsteps and completed Carpenter Apprentice School at the age of 16. He met his future wife, of 33 years, Jayme Bennett in October of 1972 in San Diego as he was working on the San Diego Federal Building. They were married on Valentine’s Day 1973 and had four children while living in Hawaii. He furthered his craft level as a Construction Foreman on the Grosvenor Center in Honolulu, and went on to achieve Construction Superintendant, working all over the Pacific. One such icon is the Princeville Sheraton Hotel on Kauai. George then founded his own company, Powers & Sons in Wallsburg, UT where he specialized in custom construction and log homes. On September 14, 2000 George suffered a Traumatic Brain Injury. He was a miracle, doing better than expected. However, due to the injuries suffered, seizures became a part of his new life. Even though life was different and tough at times, George blessed us with 10 more years. George was a talented wood worker, wood turner, and all around craftsman carpenter. He loved his animals especially his horse Joker and his dog Prancer. He loved the ocean, camping with his family, fishing, scuba diving, snorkeling and body surfing. He was a great “Santa” making many appearances on the “Polar Express”, company parties, and church events. He is survived by his son, George Benjamin Powers (Audreay), Wallsburg, UT; daughter, Jayme Diann Powers Ellison (William), Spanish Fork, UT; daughter, Jeanna Marie Powers Wilcox (Stretch), Burns Flat,OK; daughter, Katalina Kanaiokalani Powers McQuivey (Timothy), Provo, UT; his father, George Franklin Powers (Hiroko) Kahaluu, HI; sisters Karen, Kellie, Amy, Nancy, Julie, Akiko, Lori, Donna, and Gina; brothers, Joey (AZ) and Joseph (HI); and nine grandsons, Kalob, Jordan, Lazarus, Dylan, Eric, Isaac, Isaiah, Jayden, and Kekoa. He was preceded in death by his mother Margaret Pellillo and granddaughter Kassandra Kuuipo Powers. The family would like to thank all of his wonderful friends and staff at Hobble Creek Nursing and Rehabilitation Care Center, he loved you all. In addition, the family would like to thank Mountain View Hospital and Sunbrook Hospice for your loving care, kindness, and compassion. Funeral services will be held at 2:00 p.m., Wednesday, November 24, 2010 at the Berg Mortuary Drawing Room Chapel, 185 East Center Street, Provo, UT. Friends may call at the mortuary on Wednesday from 12:30-1:45 p.m. Condolences may be sent to the family from www.bergmortuary.com.

George Roger Powers, “Buddy” to family & “Moose” to friends, passed away peacefully with family and dear friends by his side on November 20, 2010 in Payson, Utah at the age of 61. George was born November 15, 1949 in Tucson, Arizona, the son... View Obituary & Service Information

The family of George Powers created this Life Tributes page to make it easy to share your memories.

Send flowers to the Powers family.