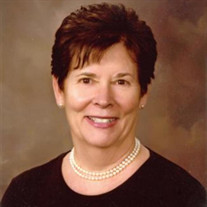 Gladys Margaret (Peggy) Wyngarden passed away peacefully at home on Tuesday, August 12, 2020 after a years long battle fighting cancer, surrounded by her husband and three children. Peggy was born April 22, 1939 in Chatham, New Jersey to Richard and Gladys Tower. She graduated from Chatham High School in 1957 and then attended Skidmore College in Saratoga Springs, New York where she earned her RN and Public Health Degrees. Two of the four years of college were spent at Bellevue Hospital in New York City. After graduation she returned to Chatham and spent two years working at a local hospital. When her best friend and college roommate completed her Master’s degree in 1963, the two of them traveled for 3 months across the country visiting friends and national parks. They ended up in San Francisco, California where they both worked at the San Francisco County hospital. In January of 1964, Peg met her husband Len on a ski trip to the Sierra’s. It was love at first site and they were engaged on February 25th and married in Chatham on June 20th of that same year. In August of 1964, the newlyweds were transferred by US Steel to Pittsburgh, Pennsylvania. Peg continued her nursing career working in Public Health in the Mount Washington area. In 1965, US Steel moved them to Torrance, California where she became an active stay at home mother to her three children. They moved one more time in January 1978 to Provo, Utah. Throughout her life Peggy was active in her church (Provo Community Church), PEO Sisterhood, Riverside Country Club, and continued her nursing at UVRMC. Some of her favorite times through life were spent with her children, grandchildren, golfing, knitting, volunteering for many committees, and traveling with friends and family. Peggy is survived by her husband of 56 years, Leonard Wyngarden; daughter, Susan Wyngarden Pingree (John, deceased); son, John Wyngarden (Krissy); daughter, Linda Wyngarden; brothers, John Tower (Brenda), Robert Tower (Debbie), Jim Tower, and Tom Tower; and sister-in-law, Gail Tower. She also leaves behind six grandchildren. She is preceded in death by her parents, Richard and Gladys Tower, and brother, Richard Tower. The celebration of Peggy’s life will be held at 11:00 a.m., Wednesday, August 26, 2020 at the Provo Community Church, 175 North University Avenue, Provo, Utah. Condolences may be expressed at www.bergmortuary.com. Those that wish to attend, please wear masks and practice social distancing. A video recording of the funeral services will be posted on the Berg Mortuary website following the memorial service on August 26th. In lieu of flowers the family requests donations be made to the Boys and Girls Club of Utah County, https://bgcutah.org.

The family of Gladys Margaret (Peggy) Wyngarden created this Life Tributes page to make it easy to share your memories.

Send flowers to the Wyngarden family.