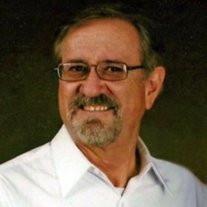 Glenn Duane “Dewey” Pratt returned home Sunday, December 15, 2013. He was born September 16, 1946, in Cincinnati, OH to Virginia Smith and Howard Pratt. When Dewey was 6 months old, he was adopted by Howard’s brother and sister-in-law, Glenn C and Ethelyn Pratt. They later adopted Douglas when Dewey was 6 years old. They reared their two sons in Provo, Utah. For many years Dewey helped in his father’s shoe store, Pratt Shoes, in Provo. Dewey graduated from Provo High in 1964. He served an LDS mission to the Alaskan Canadian Mission. He is a BYU graduate and was a member of the Silver Cougar Club. He married Melissa Christensen and they were blessed with four wonderful children. They were later divorced. Dewey was a lifetime student of the Civil War. He served as a moderator online for the Civil War Group he participated in of approximately 1000 members nationwide. He often spoke at public gatherings concerning the details of that historical period. He spent almost 30 years as a High School Basketball and Baseball Referee. He obtained his pilot’s license and dreamed of owning his own jet. Dewey owned Colonial American Homes and spent 32 years building over 200 homes in Utah and Pennsylvania. He was a true craftsman and loved taking his children to the homes to help work on them when they were young. On October 20, 2007, Dewey married Janece Newman, the love of his life. Dewey and Janece were sealed in the Provo Temple on March 12, 2011. They loved being together and were seldom apart. They came to appreciate life’s simplest of blessings. Time together was way too short for both of them. Dewey has been a true example of goodness, kindness, and courage. Dewey is survived by his birthmother, Virginia Smith Moore and half-brother, Rob Moore of Croydon, IN; brother, Doug of Provo; his wife Janece and her six children and their spouses: Tyler (Dana) Dow, Amy (Justyn) Davis, Brady (Melinda) Dow, Lana (Jon) Bass, Mindy Dow, and Trevor (Amy) Dow; his children: Heather (Colbie) Jorgensen, Stephen Pratt, Christen (Matt) Gardiner and Andrew Pratt. His 20th grandchild is due January, 2014. A special thank you to all the medical staff who made it possible for Dewey to live the past three years. Also a special thank you to the caregivers and hospice at The Lodge at Jordan River, South Jordan, who lovingly cared for Dewey during the final months of his life. Funeral services will be held at 11:00 a.m., Saturday, December 21, 2013 at the Northridge 13th Ward Chapel, 1660 North 200 West, Orem, Utah. Friends may call at the Tithing Hill LDS Chapel, 1208 West 12400 South, Riverton, Utah on Friday, December 20 from 6-8:00 p.m. and at the Northridge Chapel Saturday from 9:30-10:45 a.m. prior to services. Interment will be in the Provo City Cemetery. Condolences may be sent at www.bergmortuary.com.

The family of Glenn Duane "Dewey" Pratt created this Life Tributes page to make it easy to share your memories.

Send flowers to the Pratt family.