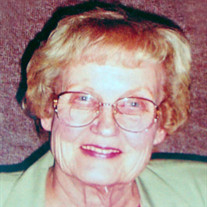 On October 23, 2014 Gloria Stimpson Gwilliam embraced her beloved Robert, who spent a lifetime catching up to her, and then preceded her in death. For ten years, he waited impatiently, and she suffered the ache of his absence, while she finished her work on the earth. Without fanfare, Gloria reared five children and hundreds of schoolchildren, while following her altruistic husband on endless journeys across the western United States to improve the education and chances of college for underserved populations: making a difference in places like Tohatchi, Many Farms and Chinle. Bruce recently asked Mom, referring to the 30 or 40 places she had lived, “Which was your favorite?” “The Reservation” she responded, without pause. Dad worked hard. Mom worked harder. Mom wrote the book on sensible. She was steady and unassuming. Mom trusted us. She was confident we would figure things out. She felt little need to meddle in other people’s business . . . Though there was the business of Tim’s sneakers. Mom was embarrassed about his tennis shoes. He was student body president at Granger High School and she thought his threadbare sneakers were beneath his office. They were actually more like Converse Roman sandals than sneakers. Otherwise she concerned herself wholly with weightier matters. We could talk of her accolades – valedictorian, graduation speaker, BYU dance, year book, and queen of this or that - but she was so unassuming, she seemed unimpressed by it all. She loved to garden and preserve food. She loved her pets. We had wonderful adventures camping and backpacking. She served two missions with Dad to the Navajo Nation. She was proud of her heritage and steady in her faith. Mom had simple needs. She adapted beautifully to changes and challenges. Tireless and loving service were the hallmarks of her life. After Dad passed on, Mom turned her energies to caring for her friends at Cove Point, where she was a founding member of the “Swingers” club. Swingers is an endearing term for her Cove Point buddies and no relation to immoral practices of the day. Oh, the sweet innocence of the Great Generation. How we love you and will miss you! Gloria is finally reunited with her parents, John Vernal and Edith Bee Stimpson, her husband, Robert Franklin Gwilliam, and also great-grandson, Kendrick Lee McMillan, who is probably running Grandma’s little Celestial legs off. “Coupled with eternal glory,” Gloria now enjoys the society of countless loved ones. Meanwhile, Gloria’s brother David Vernal Stimpson (with wife Miriam), and dear cousin Mary Bee Jenson, Gloria’s children: John Russell Gwilliam, Anne Gwilliam Cook (with husband Kevin), Timothy Robert Gwilliam, Christine Gwilliam Smith (with husband Robert), and Bruce David Gwilliam (with wife Lorraine), 19 grandchildren and a burgeoning number of great-grandchildren hope to pass on at least a portion of her sense and sensibility and above all, her charity. Funeral services will be held at 11:00 a.m., Tuesday, October 28, 2014 at the Berg Drawing Room Chapel, 185 East Center Street, Provo, Utah. Friends may call one hour prior to services. Interment, Provo City Cemetery. Condolences may be sent online at www.bergmortuary.com

On October 23, 2014 Gloria Stimpson Gwilliam embraced her beloved Robert, who spent a lifetime catching up to her, and then preceded her in death. For ten years, he waited impatiently, and she suffered the ache of his absence, while she finished... View Obituary & Service Information

The family of Gloria Stimpson Gwilliam created this Life Tributes page to make it easy to share your memories.

Send flowers to the Gwilliam family.