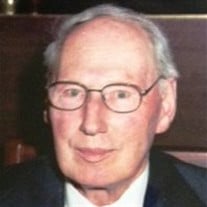 Our beloved husband, father, grandfather, and great-grandfather passed away peacefully on July 11, 2014, at the age of 88, from complications of pulmonary fibrosis. He was born December 12, 1925 in Tooele, Utah to Francis Marion and Zella Clegg Lee. He married Darlene Brown August 20, 1954 in the Salt Lake Temple. He attended schools in Tooele. He attended BYU where he received his Bachelor’s Degree in Education and later earned a Master’s Degree in Instructional Media at the University of Utah. Gordon taught school in the Tooele County School District for 35 years where he enjoyed his association with students, staff, and faculty members. He was a veteran of the U.S. Navy, serving in the South west and Central Pacific during World War II. Gordon was a faithful member of the L.D.S. Church, and served a mission in the East Central States. He received the Master M-Men Award and served in a number of church positions, including bishop, high councilor, stake mission president and auxiliary leader. He served as ward and stake executive secretary for many years. He also enjoyed his calling as a high priest executive secretary, and serving with CES, and as a volunteer at the Missionary Training Center. He had a variety of talents and hobbies. Having a great love for music during his high school and college years he was a percussionist with the BYU Band and Symphony Orchestra and also played in campus and community dance bands. He later used his talent to assist in training potential percussionists for the Tooele band program over a number of years. He had always been interested in photography from his earliest years and used his experience in this area to instruct the school curriculum, and to record family events. He especially enjoyed reading biography and war history. He was a faithful attender of BYU performing arts and athletic events. He is survived by his wife, Darlene of Provo, three children, Diane (Bruce) Priday of Overland Park, Kansas; Sharon (David) Stokes of Bountiful; and Gary (Carolyn) Lee of Kaysville, ten grandchildren: Lindsay Priday, Kristen (Paul) Moss; Eric and Megan Stokes; Melissa (Justin) Weight, Nathan Lee and Elder Ryan Lee; one great-grandchild, Brynne Lee Weight. He is preceded in death by his parents, his brothers Joseph and Raymond Lee and three grandchildren, Jeremy and Amy Stokes, and Ashley Priday. Funeral services will be held Friday, July 18, 2014 at 10:30am, at the Provo LDS Pleasant View 6th Ward Chapel, 2445 North 650 East, Provo, UT. Friends may visit the family at a viewing on Thursday, July 17 from 6:00-8:00pm at the Berg Mortuary, 185 East Center Street, Provo; or at 9:00-10:15am prior to services at the chapel. Burial will be at 2:00 at the Tooele City Cemetery, 400 South 100 East, Tooele, UT. Condolences may be sent to the family at www.BergMortuary.com In lieu of flowers, contributions can be made to the Perpetual Education Fund.

Our beloved husband, father, grandfather, and great-grandfather passed away peacefully on July 11, 2014, at the age of 88, from complications of pulmonary fibrosis. He was born December 12, 1925 in Tooele, Utah to Francis Marion and Zella... View Obituary & Service Information

The family of Gordon Howard Lee created this Life Tributes page to make it easy to share your memories.

Send flowers to the Lee family.