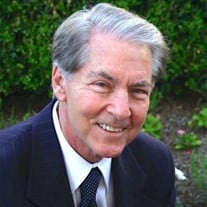 Grover Clay Beckham (Grov), 71, was called home to his loving Heavenly Father on Dec. 19, 2015 at Provo, Utah due to the effects of type 1 diabetes and lymphatic cancer. He was blessed to see his family and express his love before departing. Grov was born in Superior, Montana, Aug. 3, 1944, to Alice and Richard Beckham. His parents separated during early childhood. Grov was raised solely by his father who served in the Civil Air Patrol. Together they lived throughout the Northwest, Guam, and Hawaii. Grov was an avid surfer and enjoyed the majestic waves of the North Shore. He loved listening to the Beach Boys, Elvis Presley, and the Beatles. At age 19, Grov was baptized and became a member of The Church of Jesus Christ of Latter-day Saints. Later, he baptized his father. After moving to Utah, Grov launched a fruit drink and deli restaurant chain called “The Orangrov.” One day, while working in his Provo restaurant, a gorgeous woman named Pamela Tolman walked in. Awestricken, he got her number and the rest is history. They married in the Salt Lake Temple on Dec. 28, 1973. As an only child, Grov dreamed of having a big family. He realized that dream when the couple moved to California to raise five sons and a beautiful daughter. All his sons became Eagle Scouts and three served missions in Ohio, Australia, and Mozambique. Blessed with several talents, Grov was an artist, graphic designer, singer, songwriter, guitarist, and entrepreneur. But his greatest passion was his family. He deeply loved Pamela, their children and always put them before personal ambitions. Despite lifelong health problems, Grov never complained but kept a positive attitude. He had a vision of a brighter day and focused on what mattered most. His creativity, patriotism, good heart, dry humor, principle, optimism, and unwavering faith are attributes he will be remembered for most. Grov is survived by his wife of 42 years, Pamela; father, Richard (and Vera); sons: Brandon, Orion (and Bonnie), Nathan, Britton (and Carolee), Austin (and Katie); daughter, Megan; and seven grandchildren: Joshua, Ashton, Kennedy, Brighton, Emerson, Liberty, and newly born William. The Beckham family expresses their gratitude for the outpouring of love and support from extended family and friends. Celebration of life services will be held at 11:00 a.m., Monday, December 28, 2015 at the Lakeview 2nd Ward Chapel, 400 West 1800 South, Orem, Utah. Friends may call from 10-10:40 a.m. prior to services. Burial will follow at the Orem Cemetery. Condolences may be extended to the family at www.bergmortuary.com.

Grover Clay Beckham (Grov), 71, was called home to his loving Heavenly Father on Dec. 19, 2015 at Provo, Utah due to the effects of type 1 diabetes and lymphatic cancer. He was blessed to see his family and express his love before departing. Grov... View Obituary & Service Information

The family of Grover (Grov) Clay Beckham created this Life Tributes page to make it easy to share your memories.

Grover Clay Beckham (Grov), 71, was called home to his loving...

Send flowers to the Beckham family.