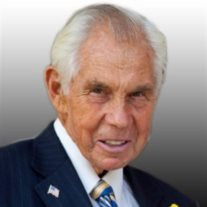 Harold Eugene Paulsen, loving husband, dedicated father, and devoted grandfather, was surrounded by family as he passed away on Saturday, January 25, 2014, from aortic dissection. He was 77 years old. Harold was born on May 11, 1936 in Provo, Utah to Louie Walter and Jean Andreason Paulsen. He attended Provo City schools and graduated from Provo High School. He married Janet Brian in the Salt Lake City L.D.S. Temple on November 25, 1959. With Jan, he raised four children: Eugene, Danny, Karen, and Brian. Harold loved the outdoors, his small farm (a property he owned for over 40 years), working with his children, and spending time with grandchildren. In his later years, he enjoyed growing pumpkins at the farm and anticipating the size of each one. Everyone in the family looked forward to the annual tradition of coming to the farm to pick Halloween pumpkins for the grandchildren. Harold was the proud owner of Paulsen’s Pest Control and Chain Link Fencing, a company he started and built. Each of his sons had the rare opportunity to work with their father to develop skills and knowledge to be good husbands and fathers. His daughter was always daddy’s little girl and the light of his life. Harold was a member of The Church of Jesus Christ of Latter-day Saints. He served honorably as a missionary in the Northern States Mission. He worked in many church callings, including a Bishopric, Elders and High Priests quorums, and Sunday School presidencies. Harold was always ready to help people—towing cars, trimming trees, clearing snow, and many other things to serve his friends, neighbors, or anyone in need. He is survived by his wife Janet and children: Eugene (Anne-Marie Harrison), Danny, Karen (David) Andrews, and Brian (Hillary Overson). He has 14 beloved grandchildren. He is also survived by a brother, Robert (Shirley) Andreason and a sister, Joanne (Guido) Buffo. He is preceded in death by his parents; brothers, Buddy and Herb; and a sister, Carol Rowberry. Funeral services will be held on Thursday, January 30, 2014 at 11:00 a.m. in the Grandview South Stake Center, 1122 Grand Avenue, Provo, Utah. Friends may call at the Berg Mortuary of Provo, 185 East Center Street, Wednesday, January 29, from 6-8:00 p.m. or at the church, Thursday from 10-10:45 a.m. prior to services. Interment will be at the Provo City Cemetery. Condolences may be sent online at www.bergmortuary.com.

Harold Eugene Paulsen, loving husband, dedicated father, and devoted grandfather, was surrounded by family as he passed away on Saturday, January 25, 2014, from aortic dissection. He was 77 years old. Harold was born on May 11, 1936 in Provo,... View Obituary & Service Information

The family of Harold Eugene Paulsen created this Life Tributes page to make it easy to share your memories.

Send flowers to the Paulsen family.