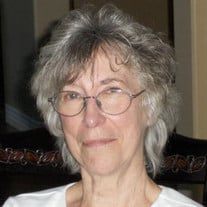 Helen was born to Loren and May Johnson Scott on Jan. 25, 1935 in Provo, Utah. She grew up in Provo with four brothers and a sister on the small family farm. She graduated as Valedictorian of her high school class. She married Donald K Dollahite of Orem, Utah and they moved to California's Feather River Canyon as he was working for the railroad. They bought a house in Stockton, California and have resided in Stockton ever since. As her four children grew, Helen took numerous classes in fine arts, privately and at San Joaquin Delta Community College. She obtained an Associate's degree in Fine Arts, then transferred to California State University, Sacramento where she obtained her Bachelor of Arts in Fine Arts degree in 1985. She was an active member of Stockton Art League; she helped found San Joaquin Potters Guild and served as its first president. She also helped organize the Tidewater Gallery in downtown Stockton to showcase local artists. Helen always worked hard at what she did, in property management, clerical work for a tax-accounting firm, and as office manager for the Stockton Chorale, until she retired. She also taught ceramics to inmates at the San Joaquin Co. Jail as part of the recreation program. Helen enjoyed adventure, traveling to many places in her lifetime, such as State and National Parks: Yellowstone, Yosemite, Bryce Canyon; Sitka, Alaska; Yuma, Arizona; Connecticut and New York. She could never pass up a good museum and loved history as well as art and music. She most loved being able to share her talents by teaching others, especially her large family as the generations have expanded. Helen was predeceased by her parents, her sister Erma Argyle, her brother Charles Scott and two great-grandchildren. She is survived by her brothers: Odell Scott, Roy Scott and Leon Scott; her children: Dewayne (Julie) Dollahite, Elaine (Byron) Billeter, Norman (Diane) Dollahite, Garth Dollahite, Dennis (Susanna Hong) Dollahite; 24 grandchildren and 22 great-grandchildren so far this year. Helen's funeral services are to be held in Stockton, CA on Wednesday, Dec. 3, 2014. A graveside dedication service will be held at 2:00 p.m., Saturday, Dec. 6, 2014, at the Provo City Cemetery, 610 South State Street, Provo, Utah, with a memorial celebration of life to be held at the Dollahite home, 192 E 2200 N, Lehi, Utah. Condolences may be sent online at www.bergmortuary.com. Any memorial donations may be made in her name to the Alzheimer's Foundation, Stockton Art League or Hospice of San Joaquin.

Helen was born to Loren and May Johnson Scott on Jan. 25, 1935 in Provo, Utah. She grew up in Provo with four brothers and a sister on the small family farm. She graduated as Valedictorian of her high school class. She married Donald K Dollahite... View Obituary & Service Information

The family of Helen Scott Dollahite created this Life Tributes page to make it easy to share your memories.

Send flowers to the Dollahite family.