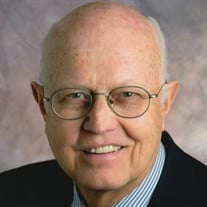 HK Baird of Provo Utah, previously of Glendora/Covina California, passed away July 31, 2014 of natural causes. He was born June 23, 1933 the last of four children, and only son, of Horace Lorenzo Baird and Rebecca Evelyn Peterson Baird in Idaho Falls, Idaho. He was raised on a farm in Milo, Idaho where he learned a strong work ethic. After attending Ricks College and BYU majoring in Business Management he worked in the Bay area for Pan American Airlines. He later decided to go back to school at UCLA and obtain his Masters of Theater Arts/Teaching Degree. He began teaching in the Charter Oak Unified School District and became such a popular teacher the district offered him the opportunity to work for two schools Charter Oak and Royal Oak High Schools. During his 30 years of teaching drama he had a great influence on many students and faculty who still consider him their mentor and friend. He brought his students not only opportunities to learn, perform, expand their senses, but also became a vital part of their lives, their future, their human experience. His talents were recognized not only by the school district, but also by the community. HK directed over 100 plays and won several awards for his excellence in theater and teaching. A six time winner of the Southern California High School Theater Festival. One of his productions represented California at the American Theater Association Conference in Washington D.C., 1975. He was honored as a finalist for the prestigious Bravo Award, honoring educators for their commitment to exemplary performing arts, at the Dorothy Chandler Pavilion in Los Angeles, California. In 1997 The HK Baird Theater was built and dedicated in his name on the Royal Oak Commons in Covina, California. He also directed the Young Americans in summer musicals, in Petoskey, Michigan, produced and directed summer theater at the Pink Garter Theater in Jackson, Wyoming for 13 years and directed productions at Citrus College in Glendora, California. In May of 2011 HK was inducted into the Charter Oak Unified School District Hall of Fame. He loved performing as well, in film and on stage. He met his wife, Karen, while performing in Los Angeles. They were married August 6, 1969 in the Los Angeles LDS Temple. HK served a mission for The Church of Jesus Christ of Latter-day Saints in Sweden in his youth and another in Sweden serving with his wife in 2001. He was an active member of the LDS Church, serving in many callings. Whether parking cars, serving in a Branch Presidency or an Executive Secretary at the MTC, he left his mark. How he loved putting on plays and parties for wards and stake events. His greatest passion in life was people. Even to the end, he loved going to his summer part time job in Provo selling corn at Harward Farms on University Ave. where he delighted in the many customers who became friends. He is survived by his wife, Karen, children: Jenny (Mark) Johnson, Meridian ID, son Jeremy K. Baird (Corinne), Jackson, MO, Emily (David) Bradley, Lehi, UT, Kerri (Jeff) Laguna Niguel, CA, 18 dear grandchildren and loving nieces, nephews, and dear friends. He was preceded in death by his mother, father, sisters Coral (Rex) Nelson, Maxine (Richard) Murdock, Beth (Clive) Ririe. Funeral services will be held at 11:00 a.m., Friday, August, 8, 2014 at the Edgemont 11th Ward Chapel, 3050 North Mojave Lane, Provo, Utah. Friends may call at the Berg Mortuary of Provo, 185 East Center Street, Thursday, August 7, from 6-8:00 p.m. and at the church Friday from 9:30-10:45 a.m. Interment, Provo City Cemetery. Condolences may be sent online at www.bergmortuary.com. He will be greatly missed, but certainly never forgotten. “The best and most beautiful things in the world cannot be seen or even touched. They must be felt with the heart” Helen Keller

HK Baird of Provo Utah, previously of Glendora/Covina California, passed away July 31, 2014 of natural causes. He was born June 23, 1933 the last of four children, and only son, of Horace Lorenzo Baird and Rebecca Evelyn Peterson Baird in Idaho... View Obituary & Service Information

The family of HK Baird created this Life Tributes page to make it easy to share your memories.

Send flowers to the Baird family.