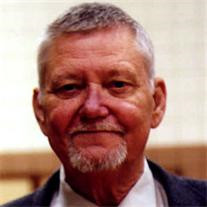 Howard N. Wright, Jr., age 63, of Springville, Utah passed away on September 24, 2010 at the Utah Valley Regional Medical Center. Howard was born on January 30, 1947 in Kansas City, Missouri, to Howard N. Wright and Cleo M. Minter Wright. He was an only child. He grew up in Lees Summit, Missouri and later moved to Florida; two places he held fondest in his heart. His relatives, Claudie, Gary, Jean, Robert O., Dean, Hop and Aunt Jo meant the world to him. He married Cynthia Wright and they had a daughter, Crystal. They were later divorced. He met and married Lorie Hoffman and together they had a son, Howard N. Wright, III (H.N.). Howard was a great professional telephone engineer; one of the best. The industry has lost a true legend. Howard served in the United States Marine Corps as a Warrant Officer in Viet Nam. He was a Medivac Chopper Pilot. He was later injured in the line of duty and then retired honorably. He is survived by his wife; sons, H.N. and Dale; and daughter, Crystal. He was preceded in death by his parents and Robert O. Howard was known by his friends and associates as "Stormin Norman". There will only be one, and we love and miss you. Funeral services will be held on Wednesday, September 29, 2010 at 2:00 p.m. in the Berg Mortuary Drawing Room Chapel, 185 East Center Street, Provo. Friends may call at the mortuary on Wednesday afternoon from 12:30 until 2:00. Full military honors will be accorded. Condolences may be sent through www.bergmortuary.com or [email protected]

The family of Howard Wright created this Life Tributes page to make it easy to share your memories.

Send flowers to the Wright family.